For general emails, please email us at [email protected]

Mission: Innovate and expand housing choices and transportation mobility for a vibrant, welcoming, and sustainable Palo Alto by working with residents and city government (click here for more details about our platform)

What we do: We are optimists: we believe that we can meet our city’s future population needs with thoughtful planning. We host educational events, conduct original research on local housing and transportation-related issues, and serve as a voice to our elected officials and city staff.  We are an organization with a broad coalition: retirees, fresh graduates, multi-generational Palo Altans and newcomers.  We have a common interest in helping to envision and achieve targeted growth without gridlock in our community. 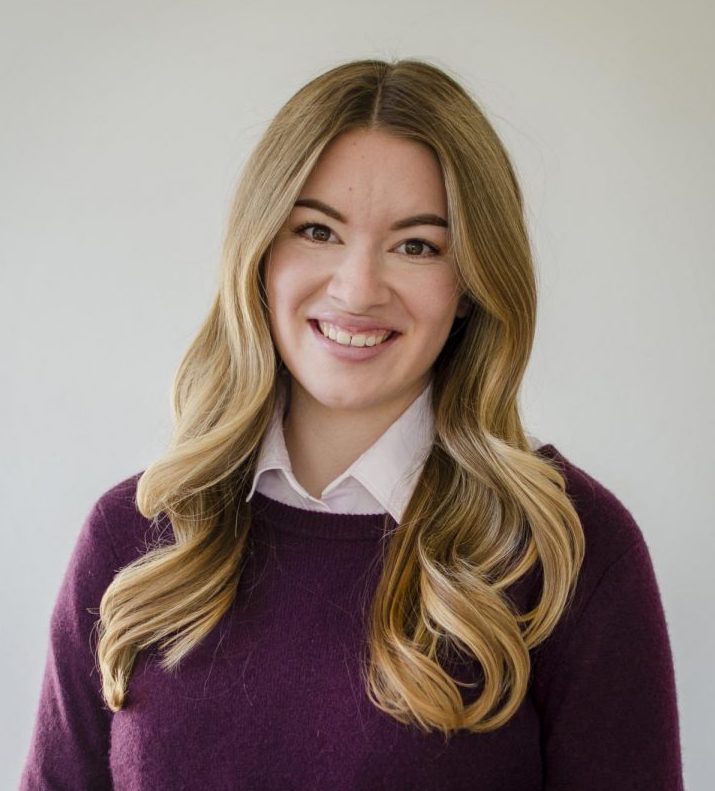 Katie Causey (she/her/hers) was born and raised in Palo Alto where she attended Ohlone, JLS, and Paly, she graduated from George Washington University with a degree in Women's Studies.

Katie has heavily volunteered in the Palo Alto community since she was a teenager.  She has worked for a variety of state and local campaigns and sought election for the PAUSD Board of Education.  She has served as a Chair within the League of Women Voters Palo Alto, a Community and Fundraising Coordinator for the Palo Alto Recreation Foundation, a Community Advocate for the American Association of University Women, and has served as Fund Development Chair for the Junior League of San Francisco.

She has only lived in multifamily residences and outside of her work with PAF is currently working toward her Master's. Katie can be reached at [email protected] 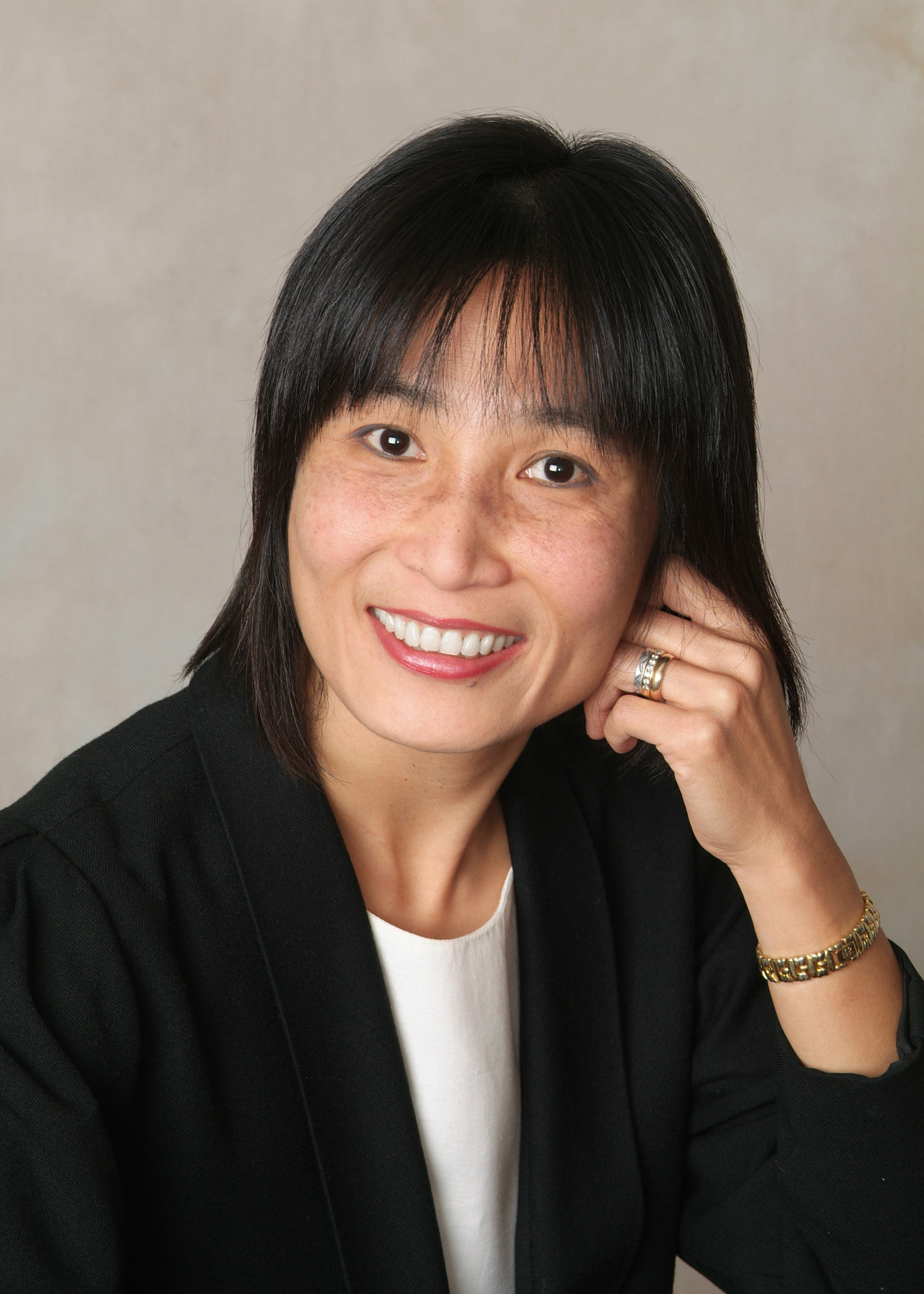 Amy Sung, President "From NASA’s mission of “For the benefit of all,” I found myself increasingly speaking of “Housing for all.” After a 10-year tenure in real estate in close encounters with home seekers and home owners, I knew all too well the pain point and sweet spot on housing and the Bay Area. The stories I heard won’t necessarily wreck your heart but rather shock you in disbelief and irony. There’s agony, anguish, and pinch. There’s also cheers, joys, and relief. I have seen the brute impact of housing effect on the rich, the poor, and everyone in between. I currently live and work in Palo Alto with my husband and two sons. Ordinary and no drama but as a long-time home owner, I want the opportunity provided for and to me and my family continue to exist and pass down. Amy can be reached at [email protected] 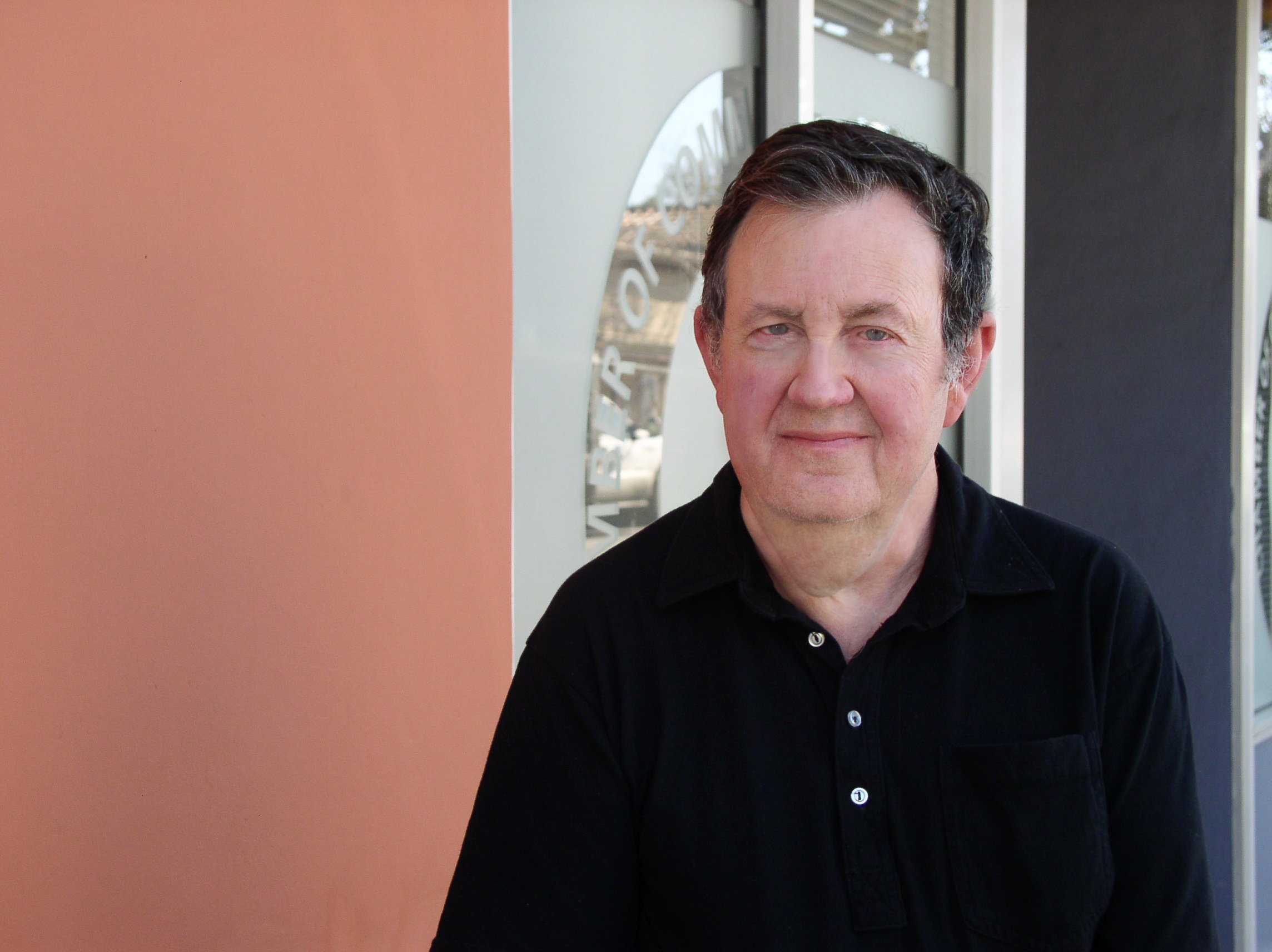 Steve Levy, Treasurer came to Palo Alto in 1963 for Stanford Graduate School. Steve and Nancy raised their children in a home close to Duveneck school and moved downtown to a condo in 2005. Steve is the Director of the Center for Continuing Study of the California Economy. His work focuses on long term regional growth projections and planning for public agencies in California and on workforce projections and policy implications, with a focus on helping workers, businesses and the economy. He serves on the state and our local area workforce boards, is on the committee advising the state on the new state housing policy and served on the Palo Alto Infrastructure Commission. Steve can be reached at [email protected]. 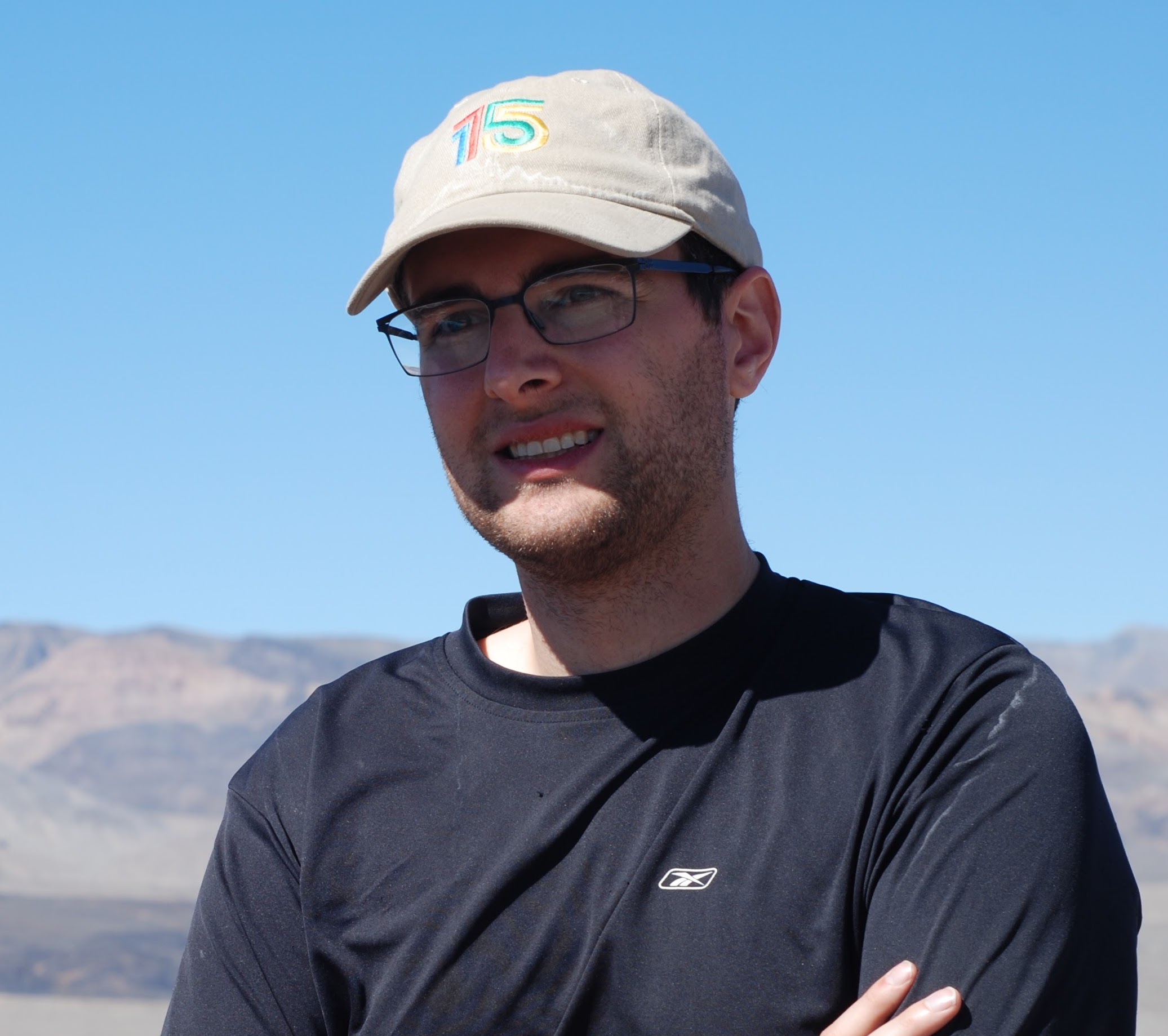 Grant Dasher, Secretary Grant Dasher is a native of Edina, MN and has lived in Palo Alto for the last several years. He has worked as a software engineer at Google since 2009 both in Cambridge, MA and here in the Bay Area. He also served in the Obama administration as part of the United States Digital Service and has a long time passion for the fusion of technology and policy issues. He has an AB in Mathematics from Harvard University. 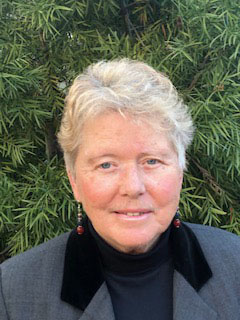 Gail has broad public service and non-profit  experience as an employee and elected official. In Palo Alto, she served on both the Palo Alto School Board and the Palo Alto City Council. She has 30+ years experience as a city and regional transportation planner in Maryland, Sunnyvale, and Santa Clara Valley Transportation Authority (VTA). She has served on the County Behavioral Health Board and the Arts Council Silicon Valley and is the former Executive Director of the AIA Silicon Valley Chapter. She has been a Cool Block Team Captain and mentor.

Currently, she is a member of the Abode Services Board, the Co-Chair of the North Ventura Comprehensive Area Plan (NVCAP) and a member of the Kiwanis Club of Palo Alto. Gail is a strong proponent of urban planning and design, affordable housing, transportation, smart growth, and strategic planning. She believes responsible planning policies and actions are needed to address climate change, social justice challenges, and growing economic disparities. Gail can be reached at [email protected] 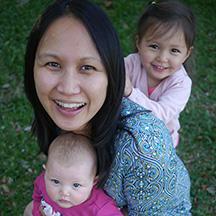 Elaine Uang, Board Member and Co-founder arrived in the South Bay in 1988 as a fourth grader, and credits all the house hunting during the move with cementing her interest in architecture.  She has spent most of the last three decades bouncing up and down the Peninsula, before returning to Palo Alto in 2011. She currently resides in the first post-office of Palo Alto/Stanford, which she renovated inside and out (with an edible garden!) to serve as a dwelling for her, her husband and two young daughters.  As an architect and design thinker, she spends nearly all of her professional and spare time thinking about how our built environment can be improved, from street furniture to housing policies.   She has BA in Human Biology from Stanford University and an M.Arch from the University of Virginia. Elaine can be hailed at [email protected]. 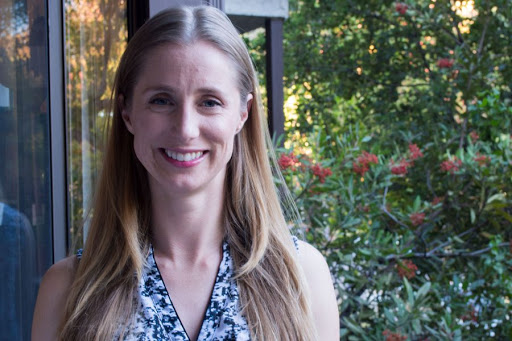 Kelsey Banes, PHD, Board Member grew up in the bay area and moved to Palo Alto when she began   working for Veteran's Affairs as a psychologist. She provided mental health services at veteran’s homes, in   shelters, or in public places - but rarely was able to help Veterans find stable housing near the services they   needed in Menlo Park and Palo Alto. As a renter herself, she was forced to move multiple times because of our   poor zoning policies and lack of renter protections. She's currently the Executive Director of Peninsula for   Everyone, a regional non-profit aimed at building a more equitable and sustainable future. She can be reached   at [email protected] 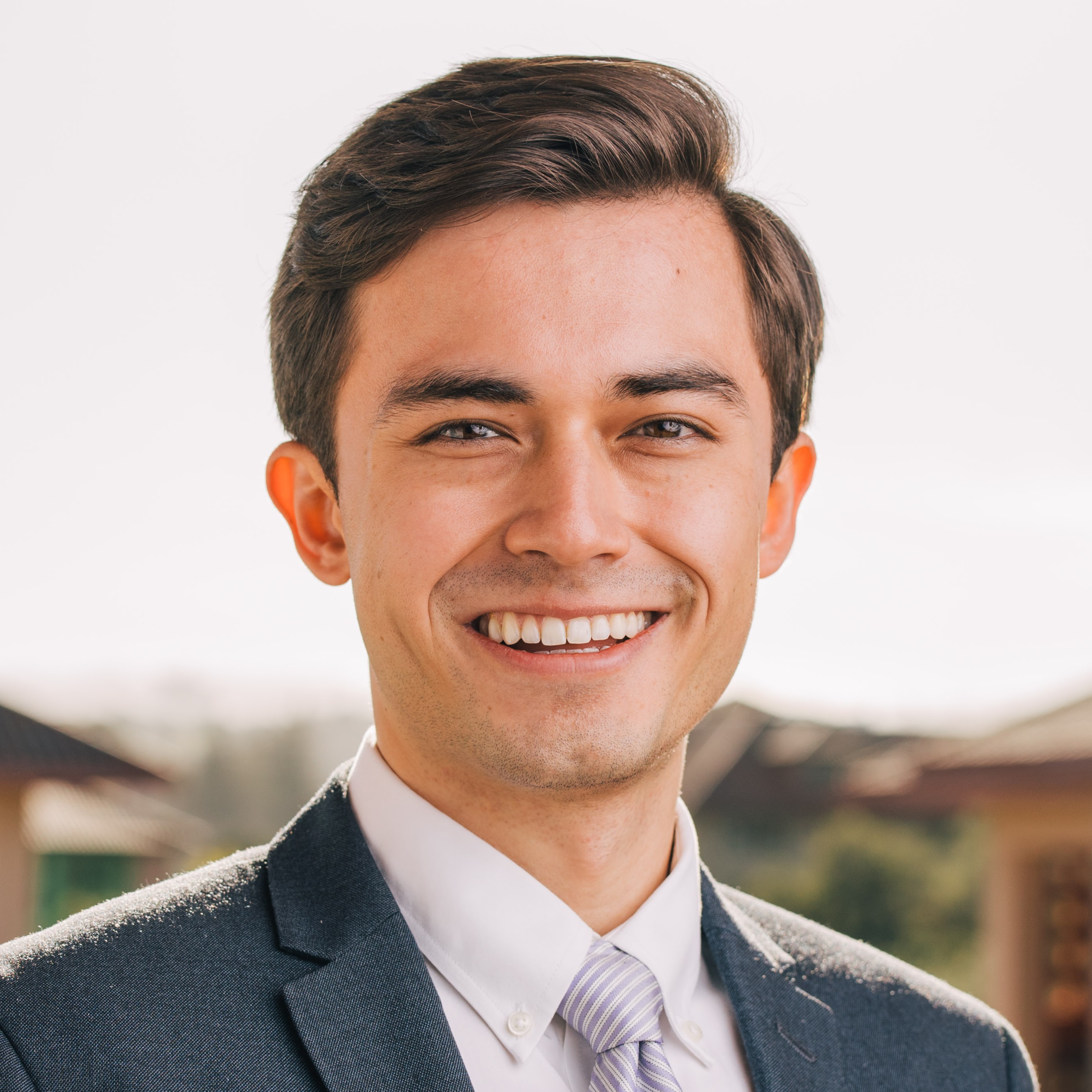 Robert Chun, Board Member, is a local renter and passionate advocate for more equitable, sustainable, and affordable cities. He is a JD-MBA student and Knight-Hennessy Scholar at Stanford University, where he focuses on land use and housing affordability. Prior to graduate school, Robert worked as a strategic finance lead at Google X and as a consultant to nonprofits, philanthropists, and impact investors. 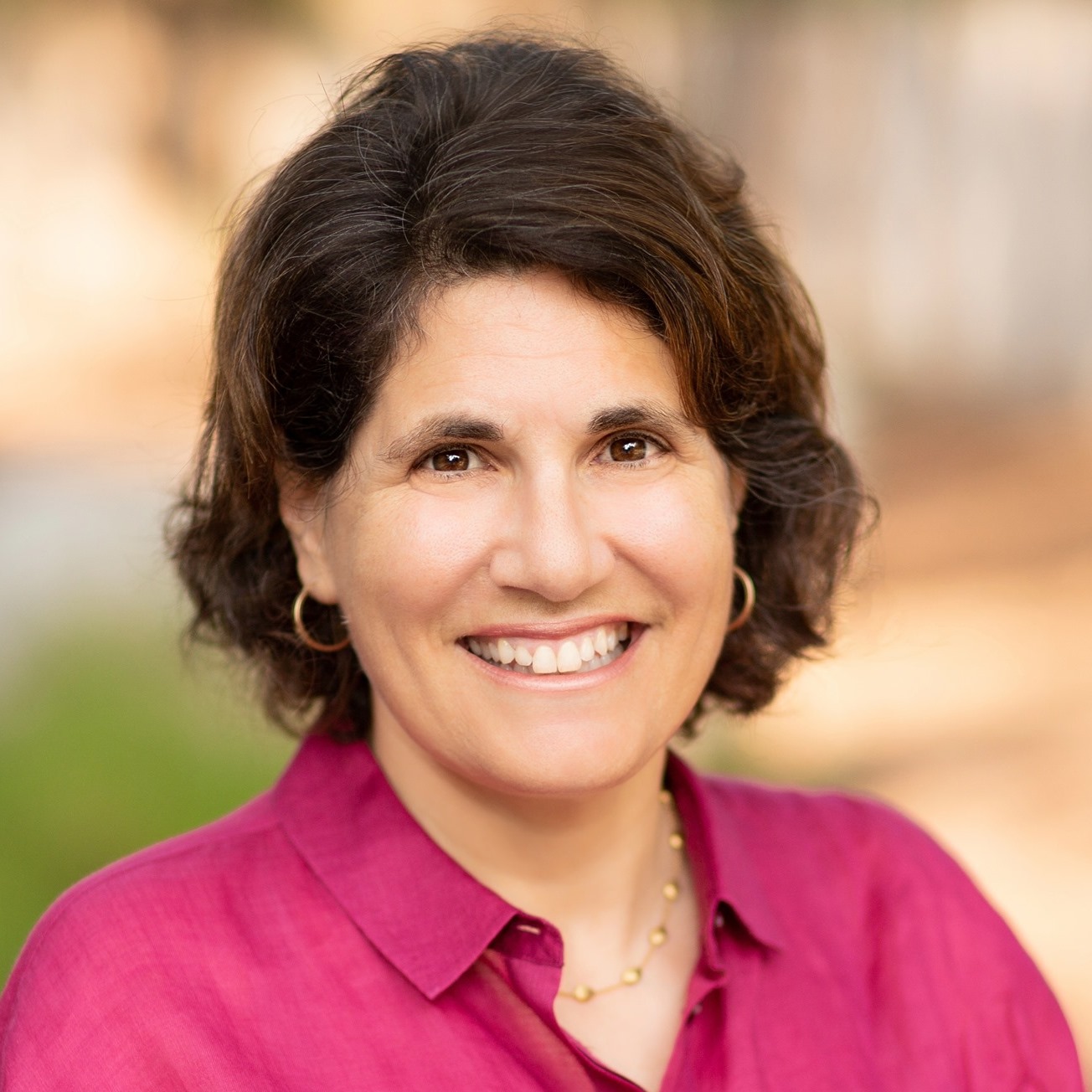 Sheryl Klein, Board Member is the first Chief Operating Officer at Alta Housing, formerly Palo Alto Housing, which operates the majority of affordable housing in Palo Alto. Prior to being COO she served a five year tenure on Alta’s Board of Directors. During her time as Board Chair, she led Alta Housing’s latest affordable housing project, Wilton Court, through entitlements, development and funding. 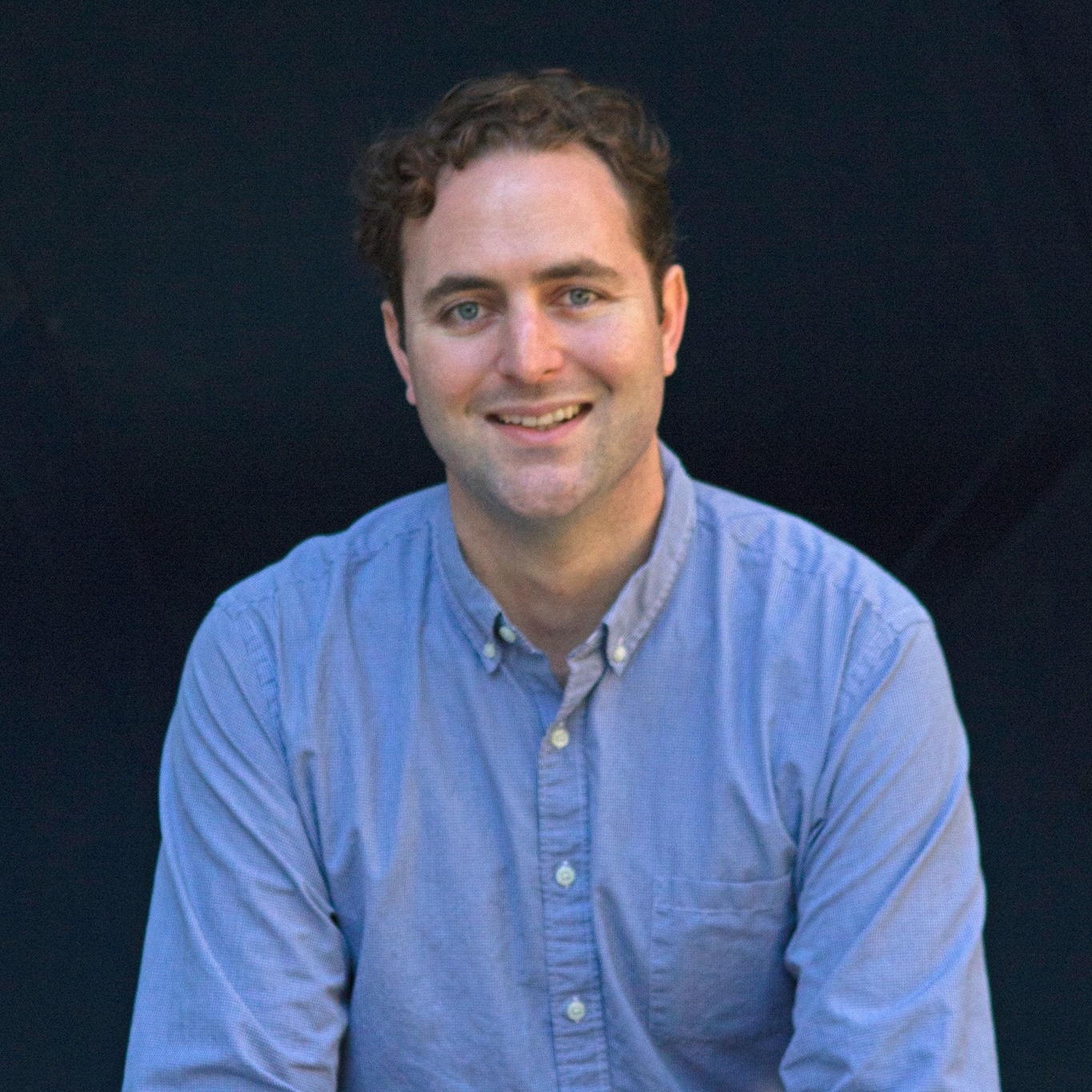 Adrian Fine, Board Member and former Mayor of Palo Alto has a Master's in City Planning and a   demonstrated commitment to creating space and opportunity for new neighbors. Adrian joined Palo Alto   Forward's board shortly after leaving Palo Alto City Council. 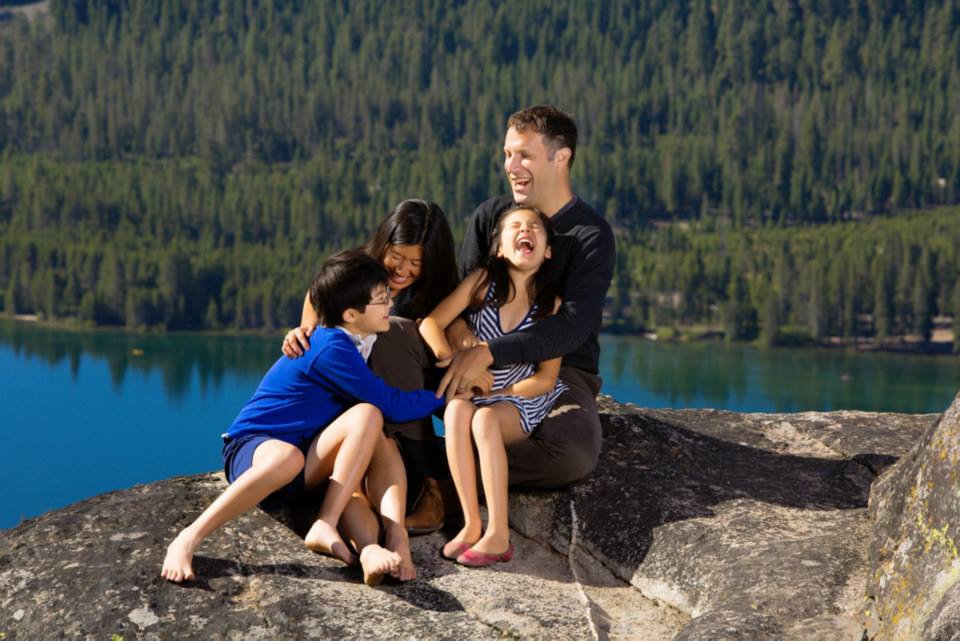 Eric Rosenblum, Co-founder is a native of the small town of Steubenville, Ohio, but has been a resident of Palo Alto since 2007.  He lives in the Downtown North neighborhood with his wife, Titi Liu, who works for Stanford, and his two kids (at Palo Alto High and Jordan Middle School).  He has spent his career working in strategic management and product management (for Palantir, Drawbridge, Google and Boston Consulting Group, among others).  He has just completed a term as a Commissioner on the Planning and Transportation Commission. Eric received his AB from Harvard University and his MBA from the Massachusetts Institute of Technology. 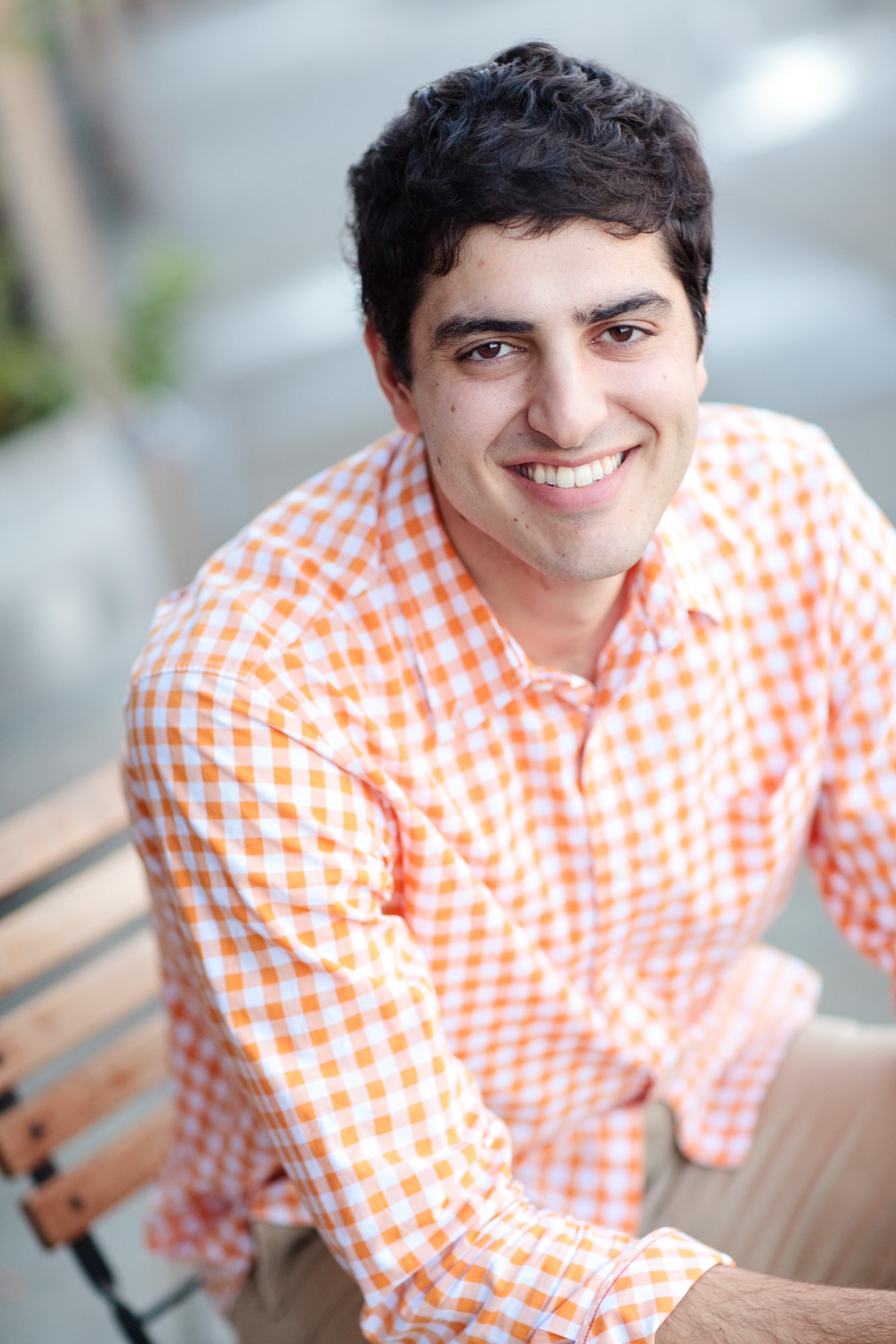 Mehdi Alhassani, and Co-founder is a member of the Palo Alto Human Relations Commission. Passionate about Palo Alto's land use and planning policies, he also serves on the Comprehensive Plan Civic Leadership Group. Mehdi spent five and a half years working for President Barack Obama: first on then-Senator Obama's presidential campaign; and then for much of the President's first term, on foreign policy and national security issues. He is both a Fulbright Scholar and Truman National Security Fellow.  He loves reading, traveling with his wife, and playing basketball (at the JCC, Cubberley Center, and Stanford among other places!). Born and raised in Massachusetts, Mehdi first arrived to California by way of marrying a native Bay Area lady named Deena. He is very thankful he did, and they love calling Palo Alto home. In 2012, Mehdi joined Palantir Technologies. He can be reached at [email protected] 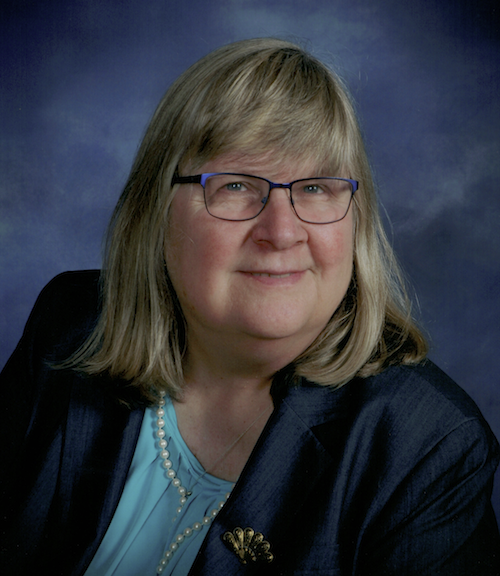 Diane Morin, Board Member was born in Paris, France, to a French photographer and American secretary. She was raised in Rome, Italy, surrounded by her Italian family, and came to the United States for her higher education: college (Pomona College), graduate school (University of Michigan and University of California, Berkeley) and law school (University of San Francisco). She raised her only child in Palo Alto as a single mother. Her daughter, a journalist, just graduated from college and is working as an editor. For over thirty years, Diane has been an attorney and mediator and is a Certified Family Law Specialist (as certified by the Board of Legal Specialization of California). She has based her family law practice in Palo Alto for the last 25 years. Her interests have been climbing, sailing and traveling. Diane is interested in issues concerning seniors, affordable housing and diversity as they apply to the place she proudly calls home: Palo Alto. 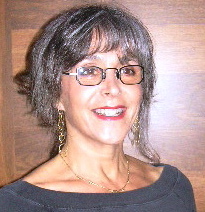 Sandra Slater, Board Member and Co-founder has lived in Palo Alto for the last 29 years.  Her current position is Northern California Director of the Cool City Challenge, a project to achieve deep carbon reduction, create resilient neighborhoods, promote green economic development and reinvent our cities from the bottom up.  Sandra has served as a consultant to the Golden Gate National Recreational Parks Conservancy, to Zeta Communities (a net-zero energy, LEED Platinum start-up), has led her own design firm, Sandra Slater Environments.  Sandra lives in downtown Palo Alto in a home she designed to showcase green design principles.  Sandra can be reached at [email protected].