Palo Alto has a severe housing shortage: a very low rate of home construction over the last fifty years combined with the booming tech economy has given Palo Alto the highest rents in the entire United States.

So what are the realistic options for Palo Alto to expand its housing supply? 40% of Palo Alto is open space in the foothills and baylands, another 19% is parks, and most of Palo Alto's remaining land is zoned for single-family homes.

Surprisingly, Palo Alto has room to build thousands of new homes over the next fifteen years without changing the character of existing residential neighborhoods - if you know where to look. Let’s look at a few places where more homes could be built. 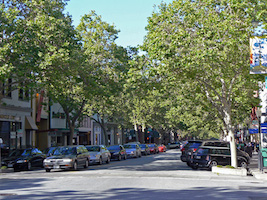 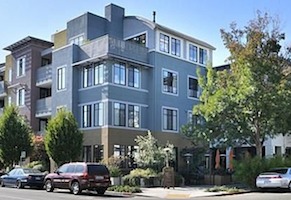 In many ways, the most logical place for Palo Alto to permit new housing is in its historically dense downtown, immediately adjacent to the most heavily used train station on the Peninsula. While there are a few four-story apartments and condos and a sprinkling of older, higher residential towers, most of the downtown is one-story buildings.  It would be in line with the historic and traditional uses in downtown to permit these to be redeveloped up to four stories of housing, with ground floor retail where appropriate.

To maximize the housing potential for University Ave, the city could consider “car-free” or “car-light” housing, for residents who plan to use bikes, walking, and Caltrain as their primary modes of transportation.  Many residents who work downtown already do not own a car, while many Millennials moving into Palo Alto prefer car-free living. The city could embrace this trend to help reduce traffic impacts from additional residents while freeing up parking lots for more valuable uses. 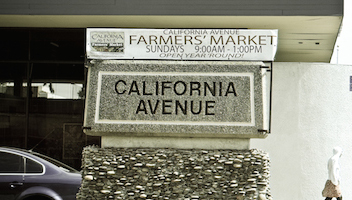 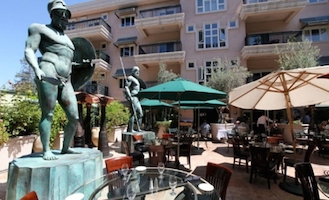 Originally the town of Mayfield, California Ave has also traditionally been a transit-oriented, mixed-use area.  The blocks on either side of California Ave have long provided denser multi-family housing that allows for use of the train and a short bikeable commute to University Ave. or the Stanford Research Park.

Housing, up to four-stories, along the under-used areas near California Ave could encourage additional foot traffic to the existing shops and restaurants along California Ave. When combined with good parking management, and incentives for car-free or car-light households, housing can be added with minimal car impacts. 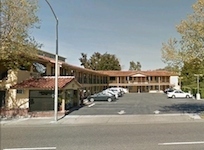 Paris has the Champs-Elysee, Berlin Unter-den-Linden and Barcelona Las Ramblas.  Palo Alto has… El Camino Real.  El Camino was always designed around the car and is a heavily traveled thoroughfare.  Today, driving along ECR is a less than desirable experience: ugly, rough, and with little housing.  But what if El Camino Real in Palo Alto was a series of pearls along a string, a few clustered, beautiful places of activity (including housing) all within a short walk/bike to shops and transit?

Several cities around us are beginning to approach El Camino in this way.  Mountain View just passed a precise plan for ECR setting up key nodes to align land use (including housing) with better transit use. Palo Alto started an El Camino Master Plan in 2007 with similar ideas, but it was never approved. As we think about our housing shortage, why can’t we plan for housing along El Camino in a way that is respectful to existing neighborhoods but with the advantages of shops, services, and easy transportation options? 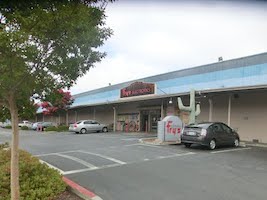 Fry’s Electronics is currently the anchor tenant for the El Camino Shopping center.  As a big box store in largely residential area competing with Internet retail, Fry’s has suffered from a lack of shoppers and many doubt its continued viability as a business in that space.

If Fry’s does not renew its lease in 2017, the current strip mall could be rebuilt into apartments and condos above neighborhood-serving retail, similar to this example from Bethesda, Maryland above.  The complex would be next to El Camino Real and within walking distance of the California Ave train station.  By considering this as a transit-oriented residential neighborhood, the city could permit up to 600 units along with some neighborhood-serving retail in place of today’s strip mall. 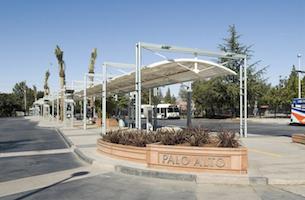 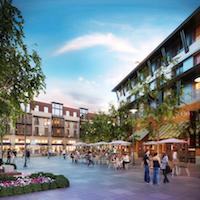 Situated right next to the University Ave. train station, could this area integrate with the downtown neighborhoods and serve as the new civic heart of Palo Alto?  Moderate density housing over neighborhood-serving retail could include studios and smaller units for young professionals, students, and seniors, similar to the Bay Meadows project above.  Beyond that, some portion could be dedicated to community space or commercial space to incubate new businesses types or nurture arts and cultural efforts.

If the city permitted this to develop as a transit-oriented residential area, this site could accommodate over 200 units. 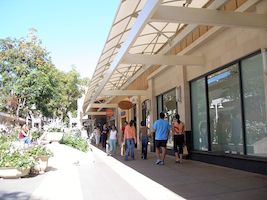 Although the Stanford Shopping Center began life as a traditional mall, the new trend in shopping is to design mixed-use spaces that offer shops, restaurants, homes, and sometimes offices.

A great example of what the Stanford Shopping Center could become is provided by Santana Row, an upscale shopping center in San Jose that offer shops, restaurants, and public spaces on the ground floor, with housing above.

Santana Row accommodates 834 homes on a parcel half the size of the Shopping Center.  The city could permit housing to be developed above the mall to provide anywhere from 1000 to 3500 homes while moving some of the parking underground to provide more green space. 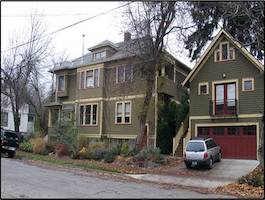 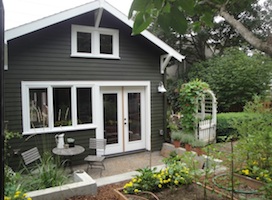 Secondary homes, often referred to as “granny units” or “in-law units”, are separate homes established on the same lot, usually created as a cottage in the back.  They can be an excellent way to allow a property to accommodate an older parent, a returning college grad, a disabled relative, or a tenant while preserving the physical character of the neighborhood.  Palo Alto's senior population is expected to increase significantly, and this could enable many people to age in place independently by enabling their multi-generational family to share two homes on a single property.

Unfortunately, Palo Alto's requirements to build a secondary home on one's property are very stringent compared to those of nearby cities.  The large lot size, parking requirements, and setback standards preclude the possibility that many seniors will be able to take advantage of this opportunity to stay in their homes as they age. By making the city's requirements comparable to neighboring Menlo Park's, Palo Alto could make it realistic to build as many as a thousand secondary units by 2030.

Read our earlier post about secondary units to learn more. 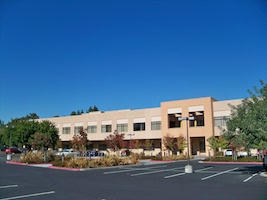 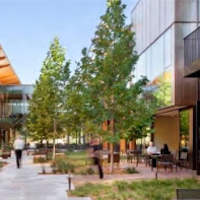 Both Menlo Park and Mountain View are redeveloping traditional car-oriented suburban office parks into mixed-use neighborhoods.  Aside from the environmental benefits of allowing car-light lifestyles, these changes also react to the high demand from workers to live within walking distance of work in an environment with restaurants and nightlife rather than a traditional neighborhood of single-family homes.

Mountain View is considering permitting 5000 apartments and condos in the North Bayshore area near Google, while Menlo Park is considering permitting 4500 units in a former office park near Facebook. In each case, these neighborhoods would be built over a period of many years and be complete neighborhoods with necessary infrastructure such as transit stations, retail, parks, and schools, not just housing. A cautious, step-by-step approach can provide steady relief from ever-escalating rents while giving time to carefully plan changes.

Palo Alto could join this trend by permitting housing and mixed-use development in the Stanford Research Park.  At 700 acres, the research park is truly enormous – much larger than the entire downtown area – and currently employs 23,000 people. Although ambitious, the city could provide a vision that would enable Stanford and its tenants to transform this area.  Allowing redevelopment of even a small part of this area at greater density could allow almost limitless possibilities for housing and other amenities (schools) that would benefit the entire community.

Looked at with a fresh eye, Palo Alto is far from a built-out city. Few parts of Palo Alto remain green fields, but there are many places to add housing above the current uses of the land - and make them into better places at the same time.  As part of Palo Alto's Comprehensive Plan, we must decide where we choose to put new homes: none of these places? some of them? Or all of them?

If you care about the high cost of housing in Palo Alto, please make your voice heard at the Comprehensive Plan Summit this Saturday May 30th in Mitchell Library. The housing discussion is at 2:45pm. You need to pre-register here.

This post is the second of a three-part series. See our first post on why a housing shortage hurts everyone - residents and newcomers alike - and our follow-up post on ways that we can permit more housing through better zoning!