The Unintended Consequences of Subsidized Parking in Palo Alto

If I were to ask you whether or not the city should pay commuters to drive to work in Palo Alto, I imagine you’d scoff at the idea. Who me? Subsidize vehicle traffic? Encourage employee parking on neighborhood streets? No way.

Many Palo Altans are acutely aware of parking shortages downtown and challenging commute-hour traffic. Some are complaining about the lack of parking on neighborhood streets due to employee parking. However many people don’t realize that subsidizing commuters is in fact what the City of Palo Alto is doing today. 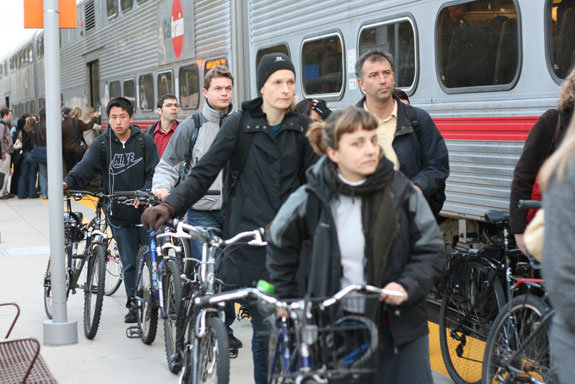 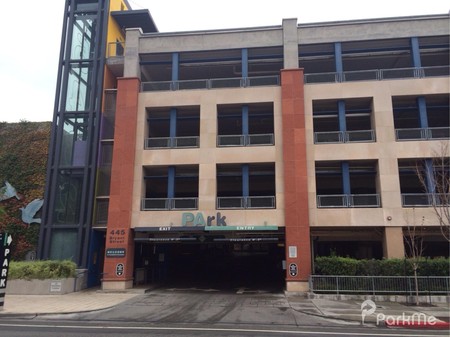 Reducing driving and parking demand is a top priority for Palo Alto’s City Council. The City recently launched its emerging Transportation Management Association (TMA), an organization of downtown employers chartered by City Council with a goal to reduce driving and parking demand in downtown Palo Alto and the City plans to build new parking garages to address demand for parking.

According to staff construction estimates, the cost of a space in a new garage is at least $60,000.

However the TMA just conducted its first survey of downtown worker commuting preferences and attitudes and this survey shines new light on what an effective approach might need to have a real impact.

The TMA’s survey found that 55% of commuters to downtown Palo Alto choose to drive and park, and strikingly half of the drivers would rather not be driving if they had better options. Out of the 50% potential switchers, nearly half of these are price-sensitive, saying that they would be willing to take transit if their out of pocket cost was lower.

So what does the math look like? Well if you take a single parking spot’s $60k construction cost, at a 5% repayment rate for construction financing over 30 years, and add roughly $500 annual operating costs (maintenance, etc.), building a new garage spot costs Palo Altans $3500 per year.

The thing is, Palo Alto currently charges only $466 per year to downtown employees to park in a garage which means that the balance of the true cost of that space - approximately $3000 - is currently subsidized by business taxes. In monthly terms, taxes the City collects subsidize each commuter space by about $250/month!

So what’s wrong with subsidizing commuter parking? Subsidized commuter parking encourages commuters who are sensitive to out-of-pocket costs to drive and park instead of taking transit or other alternatives.

What options do these price sensitive commuters have to make today?

For price sensitive downtown employees commuting to work, the choice right now is clear: drive and park. But does it have to be that way? Especially if half of those driving would be willing to change their commute mode if price wasn’t such a big factor?

Transportation Management Association pioneer Rick Williams, who organized a highly successful Transit Management Association in Portland’s Lloyd District, and consults around the country to other cities looking to reduce driving, says that “one of the most powerful things that a TMA can do to reduce driving is to make the cost of transit cheaper than the cost of parking.”

By setting the cost of parking artificially low - at a whopping 85% discount - Palo Alto is making parking seem like the cheapest out-of-pocket commute option.

Consider this: for well under the $250/month cost of a newly built parking space, the City, the Palo Alto TMA, or individual employers could provide transit pass discounts to make transit less expensive than driving.

A turbo-charged policy change of reducing driving subsidies could switch the incentives in a way that is financially favorable for businesses and the city without taking a toll on price sensitive employees.

For example: if the cost of commuter parking permits were increased to just $80/month ($960/year) the city could raise $1 million to discount transit passes for commuters to reduce parking demand. This amount could purchase 1000 bus passes or 650 train passes for lower income workers. At $80 a month, it would also make financial sense for many downtown employers who pay for employees’ parking passes to directly subsidize alternative transit options.

One such alternate transit option is the widely adopted Caltrain GoPass program which offers unlimited rides for all employees of an organization for one year if the company pays $180 per employee up-front.  At a realistic 20% ridership rate, that works out to a cost of $75/month to give unlimited free rides to each employee who commutes by rail - a valuable perk for employees that actually saves money for the employer. The cost savings could even be used for first mile challenges so that getting to Caltrain is easier for employees who live further from the transit corridor.

Reducing street parking while thinking of all employees

A parking permit in a Palo Alto downtown garage costs $466 per year if paid up-front, but spots on downtown neighborhood streets have been available at no charge. What this means is that up until now, Palo Alto has encouraged workers, predominantly retail and hospitality employees, which tend to be lower income or part-time shift workers, to park for free on neighborhood streets. The new Residential Parking Permit program set to go into effect soon will charge workers for a parking pass to park on a neighborhood street at the same price as a monthly garage permit.

The intent here seems to make sense at first blush - discourage employee parking in neighborhoods by filling up spots in less utilized garages. But $466 up front is an expensive out of pocket cost for someone with a minimum wage job that may be part-time or seasonal.

Palo Alto’s TMA survey shows that part-time workers are among the most likely to need to drive, with no viable alternative.  To avoid the painful out-of-pocket costs, these low-income workers have an incentive to park on a neighborhood street further away, or gamble by trying to navigate Palo Alto’s “color zone” system to park for free yet move their cars every two hours to avoid a ticket - a daunting endeavor when you’re juggling an hourly job.

To encourage low-income, part-time workers to use parking structures instead of streets, Palo Alto can offer a low daily cost for garage parking between $2 to $4 per day.  This price would still raise as much money for the garages as the $466/year up-front cost charged today, while adapting the parking permit program to the challenges low-wage workers typically encounter.  If the city or TMA were able to use parking revenue to discount transit passes, that could incentivize transit use for low-income workers at the same time and as a result, help the popular ground floor retail businesses that shape Palo Alto’s vibrant downtown.

Until now, Palo Alto’s policies have inadvertently encouraged commuters to drive to downtown, contributing to traffic, and to park for free on neighborhood streets, contributing to a parking crunch. By changing price incentives of parking passes in garages, Palo Alto could reduce traffic and parking demand generated by downtown workers by freeing up parking for people who really need it, save money that could be used to provide alternate transportation choices employees say they actually want to use, and meanwhile help improve everyone’s quality of life as it relates to air quality, commute stress and enjoyment of Palo Alto’s downtown.

Want to know more about driving and parking in Palo Alto? See our recap of the Palo Alto TMA Commute Survey and learn how Palo Altans get to work and what barriers keep them out of walking, biking, or taking transit.