With Island Press and City of Palo Alto Library, we had a unique opportunity to host Mike Lydon, author of Tactical Urbanism, for an event in Palo Alto.  Mike provided inspiration to almost sixty participants. 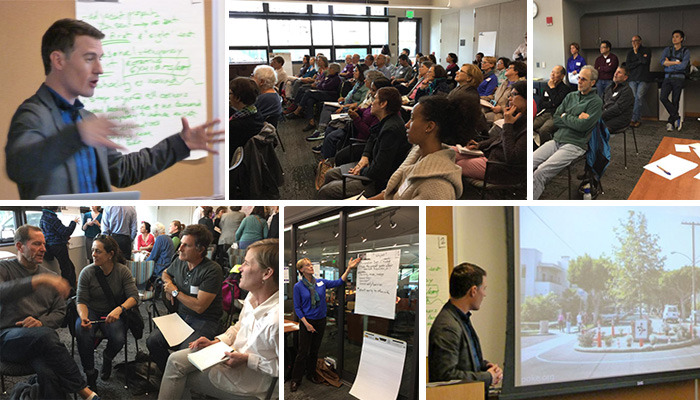 Mike Lydon was trained as a planner and his firm, The Street Plans Collaborative has offices in Miami, New York and San Francisco. As a young planner in Miami, Mike was inspired to create an Open Streets initiative, modeled after Bogota's Ciclovia, to help a broader community base understand the value of designing streets for people and promoting bicycling and pedestrian improvements. Later, when NYC began its Times Square experiments to reclaim public space for people, Mike was inspired to research the phenomenon in depth, launching Streets Plan Collaborative and publishing several Tactical Urbanism guides and toolkits, which led to the book Tactical Urbanism, co authored with Anthony Garcia.During the first part of the event, Mike defined Tactical Urbanism, explained the history of the movement, and described the role it can play in connecting cities, communities and professionals to create long term change in an incremental ways.  Tactical Urbanism employs design thinking and lean startup methodologies to propose quick, low cost demonstration projects. Using several amazing case studies involving community individuals, civic agencies and neighborhood groups, Mike explained the process: 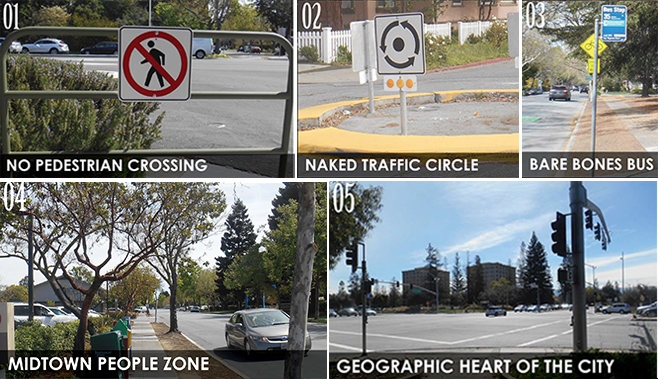 We hope that everyone who had a chance to hear or meet Mike (and everyone reading this) will carry the discussions and ideas forward in their own neighborhoods and streets.  Don’t forget that small scale changes CAN lead to some longer lasting positive impacts.  Hope to see some pretty traffic circles, hopscotch crosswalks or an awesome community picnic at Midtown Shopping center soon.