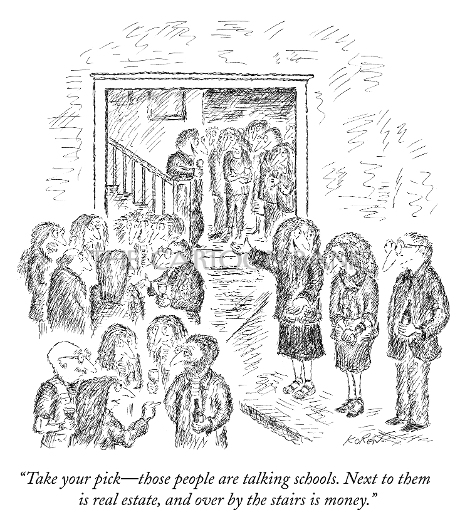 Palo Alto families often fear that increased local housing will degrade school quality through budget and enrollment pressure. A closer examination of the budgetary and enrollment impact of various housing types reveals that higher density apartment units would be a highly effective tool to shore up school finances without contributing additional enrollment pressure

Local Housing Policy and School Funding-- the beginning of an investigation

A few months ago, I sent a message to my good friends declaring my strongly held belief that Palo Alto should invest in more housing options in the downtown areas.  I believe that increased access to a variety of housing makes for a more diverse, healthy, sustainable, and fun city.

Finally, one of my friends whose opinion I always value wrote back: “I get what you’re saying, and I agree with you in general.  However, our schools are overstretched already, and that is the main reason that we moved here.  Screw with that, and you’ve lost me!”

Hmmm… that’s a very good argument that touches me personally as I have two young children in the Palo Alto school system myself.  I had to go investigate.

Palo Alto is justifiably proud of its school system. In 2013, Palo Alto students scored a combined 932 on the Growth Academic Performance Index, ranking 6th in California.  Many residents moved to Palo Alto primarily to enjoy a strong system of neighborhood elementary schools that feeds into strong middle schools and high school

These residents are often fearful that development of new housing would put undue pressure on the school system.  The argument has several parts to it:

1)   Crowding: our schools are already over-crowded-- some have observed that classes have up to 40 students; large numbers of students are redirected to schools outside of their designated school district.  Additional students will exacerbate this problem.

2)   Funding: If dense housing were to be added, then families will jam in more children per room in order to send them to school in Palo Alto. This increases crowding and hurts the school budget per child (as the property tax per student is likely to be lower).

I ran into a candidate for City Council a few weeks ago who reiterated these same points.  He said “our schools are already 35% above capacity, and over 50% of students get overflowed outside of their neighborhood schools”.

If true, this is a serious blow against housing reform in Palo Alto… no one wants to degrade the quality of education that we have come to expect here.

I started digging… I contacted school administration, which provided some data, and also put me in touch with the economic consultancy that they use for demographic and budgetary projections.

The math of housing and school budgets

Now…. It’s time for me to put forward a giant disclaimer.

I am not an expert in school funding or demographic projections-- to put together the following, I had to rely on the help of lots of people who are experts in this area.

However, it quickly became clear that our school funding condition, while not rosy, is not difficult to understand.  There are a few key facts to understand with regards to the relationship between housing and school funding/ capacity:

2)   Certain types of developments help more than others: studio and 1 bedroom units are unlikely to attract many families with school-aged kids, but they contribute to the property tax pool.  Three-bedroom single family homes are extremely likely to attract families with school-aged kids.  In fact, single family homes cost MORE in school funding than they bring in via property tax.  Small apartments are the opposite: they contribute more in property tax than they do in school fees.

3)   Our schools are crowded, but the statistics often thrown around are either inaccurate or meaningless: for example, the % of children “overflowed” outside of their neighborhood schools has averaged 17% the past 2 years, not “over 50%”.  The “35% overcapacity” number is also fairly meaningless… what capacity? Their original design capacity?  PAUSD has recognized, though, that additional capacity is likely necessary, and has commissioned a demographers report to help with planning for a potential 13th elementary school and 4th middle school.

Some simple math exercises are useful for these controversial topics.

A $2M home in Palo Alto has 3-4 bedrooms, and will often be the home of about 2 school-aged kids. Palo Alto spends about $13,000 per child, so the proud owner of a multimillion dollar home in Palo Alto with two lovely kids is costing PAUSD $15,000 a year ABOVE what they pay in property taxes.

The alternative strategy could be to build a denser apartment building with 30 units per acre (~1000 sqft/apt), comprised largely of studios and one-bedrooms (both of which are sorely missing from Palo Alto’s housing stock).

At $1000/sqft average value, these units would yield about $161,000 worth of property taxes to PAUSD.  EVEN if 20% of families squeezed into these small apartments have a school-aged child—a very aggressive estimate—these 6 children would cost the district $78,000 vs. the district revenue of $161,000 resulting from 45% of the apartment development’s property taxes.

So, we have 2 development strategies for our theoretical one acre of land:

The assumptions I have used are actually conservative -- I have assumed that every 10 one bedroom apartments would contribute 2 kids to our schools.  In reality, data indicates that for all apartments (of all sizes) along transit corridors, every 10 apartments units only contributed 1.7 children to the school system; smaller apartments contributed even less than this.

The same demographers looked at the source of increase of students in PAUSD from 1990-2007.  They found that 89% of the increased student body came from families replacing empty nesters in single family homes.  The approximately 2000 new apartment units accounted for only 11% of the total increase in the student body.

Beyond concerns for the school budget, Palo Alto NEEDS more of these units.

Meanwhile, 28% of our residents are living alone or in 2 person households.  Clearly, many of these people are occupying larger units (single family homes); many of them would probably like to have less house to take care of, but cannot find appropriate housing stock to move into.

But wait, our school budgets are supposedly very high… how does this jibe with us having the “wrong” mix of housing?

PAUSD is relatively well-off in the context of California.  California, though, is ranked 50th in the US in terms of school funding (while adjusting for cost of living), only ahead of Utah (the study included Washington DC) in the rankings.  For the 13,508 US school districts with enrollment data, Palo Alto ranks 9,863rd in spending per student, not adjusting for cost of living.

The situation is only getting worse: in 2016, the Prop 30 sales tax expires, dropping California even further behind in state resources for education.

Despite a huge effort by supportive parents and massive property tax bills paid by newcomers to our city, Palo Alto schools are less well-funded than, well, just about anywhere outside of California.  Californians pay a much lower percentage of their home values in property taxes than almost anywhere in the country because of Proposition 13, which assures that property owners won’t pay property taxes commensurate with the growth in value of their homes. It’s a great boon to seniors and others who do not have the income stream to pay increasing annual property taxes, but it is also the reason that school funding is so low in California when compared to other parts of the country.

[side note: among the most pernicious impacts of Prop 13 is that commercial owners proportion of total property taxes has plummeted vs. that of home-owners, largely through a variety of tax avoidance strategies not available to individuals.  This memo is specifically about housing development strategy and not about tax reform, so this side point is noted, but not core to the discussion]

Does PAUSD/ California State PTA have a viewpoint with regards to this question?

There has been an active discussion in Palo Alto-- partially sparked by the Buena Vista Mobile Home Park’s potential closure-- about the value of diversity in Palo Alto schools, and the related need for housing options.  There have been a number of policies and goals at both the local level and state level that are relevant to this issue:

Palo Alto School Board Policy 0100:  "the diversity of the student population and staff enriches the learning experience for all students"

PTAs can and must participate actively in the process through which public policy decisions are made. Any unit, council or district PTA may recommend action on legislation to the California State PTA Board of Managers.

**All families need to have access to safe and affordable housing;

** Encouragement should be given to the formation of broadly based community action groups to promote citizen understanding of housing issues and involvement in advocating programs that will meet the housing needs in their communities; and

** Encouragement should be given to the development of rental and individually owned homes for low- and moderate-income families and that such housing should not be isolated within local communities.  PTAs should encourage city councils, county boards of supervisors, and city and county housing authorities to

.• Adopt and implement balanced community policies that stipulate a mix of housing types as well as provisions for the development of housing for low- and moderate-income families;

California State PTA values and appreciates diversity, which enriches and strengthens the structure of our society within our state and nation.

The district and state have clearly seen the link between quality of education, affordable housing and diversity.  The right housing development strategy can help put these pieces together.

If we care about our schools, we should be clamoring for more apartments of the right size in transit corridors. They help our schools’ budget while adding fewer kids into the system (with the side benefit of creating relatively fewer traffic and parking problems).

This housing strategy also aligns well with other Palo Alto needs: we have a significant jobs- housing imbalance, which would be addressed with smaller units. We also have a significant elderly population that has nowhere to downsize.

Finally, although we should be proud of our schools’ accomplishments and our local support for our schools’ finances, neither parents nor students should have to go door-to-door selling cookies to ensure that their local schools can provide them with an adequate education. We need a fundamentally different strategy.