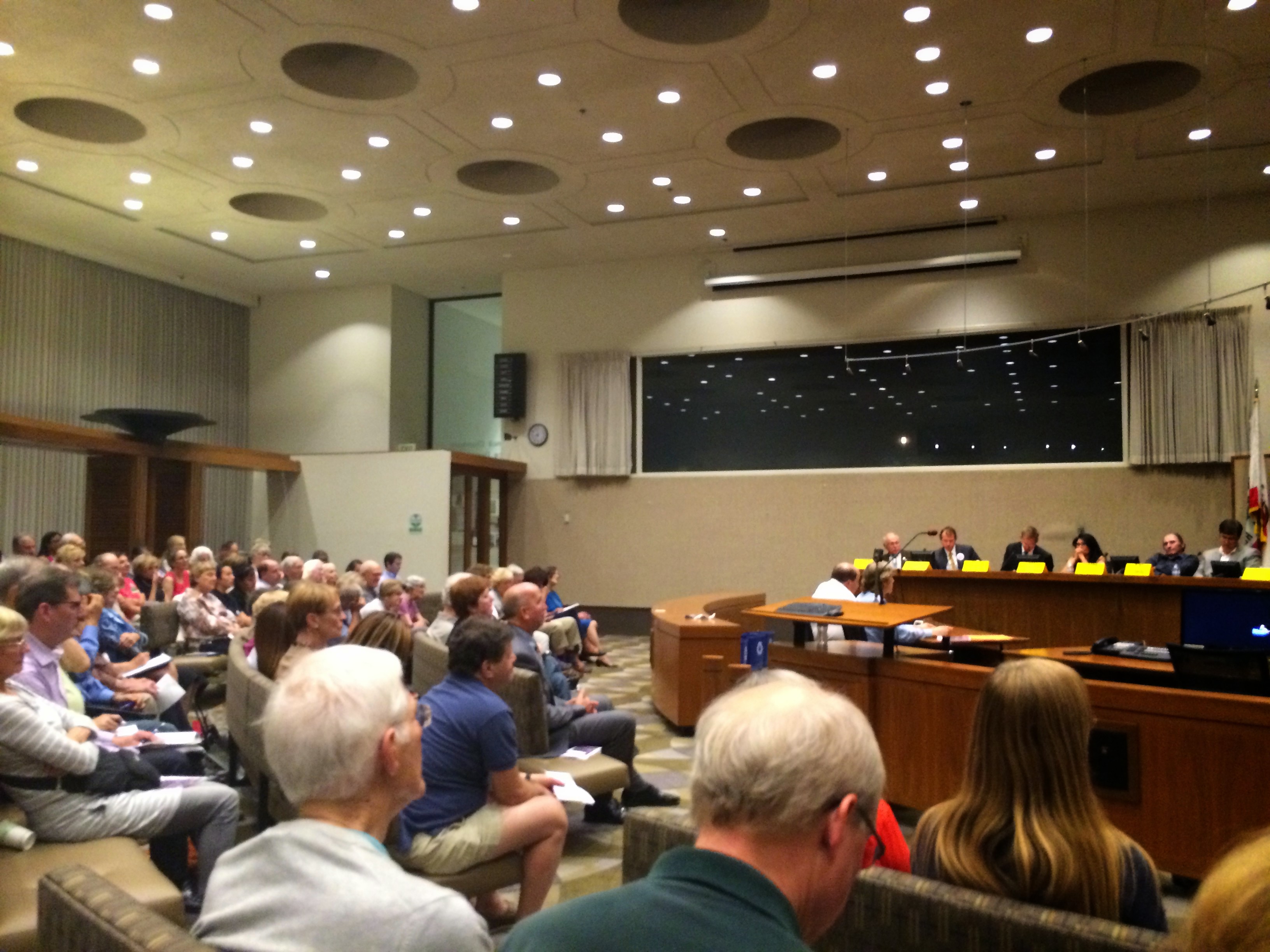 Last Thursday night, Palo Alto Neighborhoods (PAN), PTAs, and PA Weekly sponsored a Candidates Forum for the 12 City Council candidates: Incumbents Karen Holman, Greg Scharff and Nancy Shepherd, and new candidates Wayne Douglass, Tom DuBois, Eric Filseth, John Karl Fredrich, AC Johnston, Lydia Kou, Seelam Reddy, Mark Weiss and Cory Wolbach. Half of the evening was devoted to questions directly from the sponsors, and the latter half was open to questions from the audience. Due to time limits, only a portion of the candidates were asked to respond to each question.

Greg Scharff, Wayne Douglass, Nancy Shepherd, and Karen Holman spoke in favor of higher density housing, such as micro-units near Downtown, Cal Ave and transit hubs.  Holman also said she wanted to push back on ABAG requirements because it does not count housing losses. AC Johnston was a proponent of more affordable housing. Douglass went on to say that he will support new housing development under most circumstances: "more of it, as much as we can get. If it's smaller, that's fine too, as long as we got some."

When asked about a potential sale of the Buena Vista mobile park, both Karen Holman, Tom DuBois and Greg Scharff expressed disapproval that its continued existence didn’t count towards the ABAG housing requirements for zoning new, additional housing. Tom Dubois said that the mobile park “is some of our most affordable housing in town and even if we save it, it’s not going to count for our ABAG numbers. And that, that’s really the problem.”

All candidates expressed an aversion to building new office space, albeit for different reasons. Most admitted that the city was experiencing a jobs-housing imbalance, but few indicated a desire to add more housing instead of commercial development. In fact, Karen Holman stated that “no matter what we do we’re never going to bring these into balance.”

Eric Filseth wanted to curtail office buildings among other development due to the congestion it may cause. Karen Holman echoed this approach by noting that building more offices would exacerbate the local jobs-housing imbalance, and Lydia Kou went so far as to call recent office development "a crisis."

Meanwhile, Cory Wolbach said, "Families are getting priced out of Palo Alto. There's a lot that the city needs to expand but right now office isn't one of them." Along similar lines, Tom DuBois said he would support the conversion of office-heavy mixed-use developments to more residential units.

The Sky's the Height Limit?

A.C. Johnson said he would support developments taller than the limit if it resulted in more housing and Nancy Shepherd could support the same if these taller buildings fit in with the local aesthetic, pointing out that the University Arts building was one of the city’s favorites and was over 50ft. Though Cory Wolbach stayed neutral on the height limit, he said he would work within it to increase housing, noting that "there's an awful lot we can do in fifty feet."

On the other hand, Seelam Reddy supported the limit, saying, "This is what Palo Alto has been, so why change it?" John Friedrich agreed, saying, "I believe in the 50ft height limit, no exceptions.”

During open questions, Eric Filseth was asked “Per person, low density development uses far more energy than high. How do you reconcile sustainability with a low or no growth policy. Eric Filseth responded that “energy use is one aspect of this but there’s a lot of aspects of high growth that are not good either - you build giant buildings- you know, concrete is one of the dirtiest things in the world.” He went on to say that “putting big towers next to the train station...I don’t see how that benefits the community.”

The phrase “fully parked” recurred several times in the forum. Greg Scharff touted as one of his accomplishments several “fully parked” developments, while Tom DuBois stated that the metric of one parking spot per 250 sq ft of office space should be adjusted to less than 250 sq ft. No candidate mentioned adjusting those requirements downward based on known or estimated portion of employees that would rely on public transportation, carpooling, and modes other than driving alone.

You can watch the full forum here. For more information on the candidates check out the questionnaires they answered for PAN.

Special thanks to Elizabeth Lasky, Elaine Uang, and Kate Downing for contributing to this blog.