On Monday Oct 6 at 7p, City Council will be reviewing the Planned Community (PC) zoning (PAMC 18.38). This zoning category allows developers to propose a project and obtain relaxed standards (for height, density, parking) in exchange for a public benefit (such as a park, grocery store, pedestrian underpass, bicycle improvements).  In recent years, many people have expressed concern about projects approved under the PC process, such as size, bulk, and poor public benefits.  In response to these concerns, on Feb 3, 2014, City Council enacted a time out on PC proposals.

For this study session, pages 9-13 of the staff report contained a very useful summary of all projects between 1990-2013.
Based on this report, it seems reasonable to conclude that the furor over the PC zoning process is the result of a couple of "bad projects" that are objectionable because of size and appearance. (101 Lytton and Alma Village are two of the more recent PC projects) In fact, based on the data, PC zoning is used extremely rarely (only 30 new projects in the past 23 years), and often used for significant additions to BMR (13 of the 30 projects have BMR as a primary component; 10 of the 16 projects where excessive density was the trigger for PC Zoning included BMR as a primary component.
Several common triggers for PC Zoning have been added to the current zoning code:
To summarize:
Some data below:
1) PC zoning has been rare, and declining: 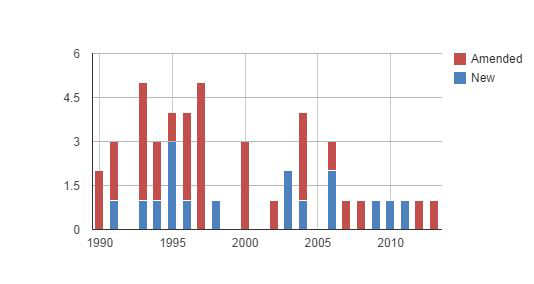 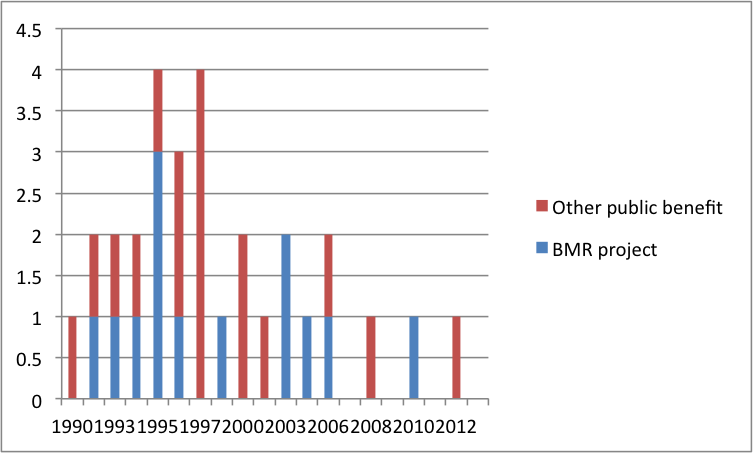