In this very important 2016 City Council election I thought it might be helpful to have a website on which to post messages and receive feedback. This site hopes to provide you with that opportunity. As this is my sixth Council election, I have experienced personally many of the difficulties that the failure to communicate can create, and then seen firsthand the even more disappointing results when the entire city charges off in the wrong direction, or, simply out of complacency or confusion, decides to do nothing.

So, in addition to information, I hope to provide here a medium for raising the public dialogue to a higher plain and actually illuminating the issues and stakes in this contest.

I believe that the problems of a democracy are best solved by more democracy, and, in that regard the most potent factor is the voter. This site sees it task as empowering the voter, admittedly, in order to propel John Karl Fredrich into public office on November 8th, 2016. This forum may be useful if you are in any way amenable to that outcome. 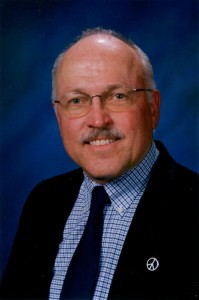 Questions 1 and 3. As someone who liked Palo Alto the way it was, I think

that we've reached a point where a pause is needed. Knowing full well that

the clock cannot be turned back, I see that definite actions are needed in

community' over the 'Wilshire Blvd North', as the recall election of the 60's

formulated the divide over residential and pro-expansion forces. The overly

convenient term 'residentialist' fails to differentiate between the supporters

of 'residents', who are actual people, and 'residences', large houses which

may not even be a home but a hedge real estate investment.

I recommended a moratorium in the Rail corridor and El Camino in 2014.

imbalance. You're not going to make sufficient progress if the incentives

for offices eclipses habitat as there is money to be made by development,

especially by architects, developers, and those with only a limited stake,

a financial one, in preserving the dynamic that Palo Alto real estate has

become and the life style privileges that we have enjoyed in the past.  I'm

speaking as a lifetime renter who's lived here for almost 50 years.

over on Page Mill had already been approved. I'm not sure that the word

'planning' can even be used in instances such as that. And, I might ask, are

the palm trees going to be spared? Placing the tree protection force in the

assessment. Water use increases do not get inventoried either.

In order to achieve significant affordable housing increases we should try

with the Villa Mariposa Tract between Shoreline and Mariposa on Villa Street.

westbound traffic out of the Page Mill / El Camino intersection. Projects of

important to end the wars in order to capture revenues for housing, other

public works, and transportation. The era of militarism and monetarism will

interest rates. This should be called 'normalization' rather than 'utopian fantasia'.

I support rapid transit and bicycling. I have a one-speed and  a ten-speed.

I support a carbon tax and an increase in the gasoline tax. I feel we need to

prioritize housing and focus on accessory dwelling units which I strongly

back burner. I supported Senior Housing at Maybell and think the new 16

luxury home project is the worse example of NIMBY values in decades. It

no guarantee that 16, three-million-dollar homes will generate less traffic

than 60 elders, and the problems of the 20% of our seniors who are at the

poverty line go on unattended. I am not of fan of the 'road diet' on Arastradero,

which is an historic artery that predates the founding of the city. Insufficient

two to one lane concluded that there would be no delays for the 10,000 car

trips per day. The opponents to Mixed Market Housing on Maybell wished

that had not yet been built, succeeded in doing so in an off-year election, and

then rallied their supporters to a big win in the 2014 municipal elections.

Now, the voters need to ask "What has been done?" The City of Palo Alto

has shown no imagination or will power in addressing the housing crisis.

I support an 'employee diet' for the City Manager's office.