I am running for Palo Alto City Council to make City Hall work for you.

As a Planning & Transportation Commissioner, I have a proven track record of listening to the community and finding solutions that work while raising a family, serving on my neighborhood association board, and running a local Palo Alto based company.

Palo Alto needs real representation so that every voice can be heard in City Hall.  I will make City Hall work for everyone: working families, professionals, seniors and local business owners. 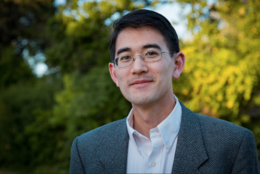 1)    Our identity: What kind of city should Palo Alto be in coming decades?

b)    A mid-sized university town: innovative and accommodating to a wide range of ages and socio-economic backgrounds.  Significant job center. Example: Boulder, CO

Please select the above model that most closely matches your vision for the future, and please expound with any nuance.

A mid-sized university town and significant job center.  Palo Alto plays an incubating role in the regional, state and national economy.  It’s vital that we maintain this balance.  The City has augmented Stanford's world class leadership in research and sparking new economic sectors in technology, healthcare, mobility, biotech, energy and beyond. This will always be our role and key identity and as a CEO of a start-up small tech company, I can bring this voice to City Council.

2)    Jobs: Housing imbalance: Palo Alto has the highest jobs: housing imbalance in the country.  There have been different reactions and policy proposals from public officials and the public. Some common themes are

a)     The jobs: housing imbalance is not a problem; this is a natural occurrence in certain job centers, and should not influence policy

b)    The jobs: housing imbalance is a problem; our first and most significant priority should be limiting office growth and taking other measures to restrict job growth

c)     The jobs: housing imbalance is a problem; our first and most significant priority should be devising policies to incentivize the construction of more housing

Do you agree with one of the above statements more than others? What are your main policy proposals to address this issue?

It’s vital that Palo Alto maintain its identity as a research and incubating space that sparks new economic sectors—this happens at work, in the backyard, helping a neighbor with a project, sitting at a coffee shop or around a kitchen table.  As companies scale they move out to Menlo Park, Mountain View, Santa Clara and now San Francisco.  Our work is our play which means that we need to keep the right balance to ensure that there is  enough research and development space, along with and vibrant retail and services.  Creating new policies to incentivize more housing options is vital to stabilizing this balance and ensuring that our heritage as a great place to raise a family stays vibrant.  However, we also need to make sure the impacts are properly mitigated.

3)     How to handle growth: On May 30, 2015, Palo Alto held its “Our Palo Alto summit” to solicit input into our comprehensive plan.  Attendees were asked to respond to the following question:

b)    metering the pace of growth; or

[Which should be adopted by the city?]

Ensuring that all future growth has a good plan to offset adverse effects. Palo Alto is a great place to live and work, yet congestion and traffic has reached a frustration level, and mobility and livability need new strategies.  I want City Hall to work for you so that construction has practical strategies to minimize inconveniences including live updates on the city website, outreach to the community before and during the construction period—we need to keep the community dialog going.

1)     Housing Element: The City submitted a housing element identifying 2,000 housing units for the next seven years in response to state law.

○      What can we do to ensure that these units actually get constructed?

I support the state mandate that requires the periodic submission of the Housing Element as part of the Current Comprehensive Plan.  I also strongly support innovating Palo Alto housing ordinances to expand and incentives new housing opportunities by zoning for micro unites, collaborative housing (similar to Palo Alto Commons, but open to families and all ages), and locating new housing types next to public transit.   The goal of 2,000 new units is ambitious and is probably best achieved by creating area-specific plans that involve the neighborhoods, community and surrounding communities and not burden the city financially.

○      Is it a critical tool that should receive a high level of support and attention?

○      Is it an unrealistic approach for a community such as ours (for any reason)?

To goal of the TMA is to reverse the Los Angeles commuting culture that has expanded to bay area and is exasperated by long commutes for workers into Palo Alto and Silicon Valley.  Driving to work is an unsustainable practice—it’s vital that Palo Alto take the lead and partner with businesses, commuters and the community to reverse this historic pattern, fund TMAs and make Palo Alto mobile again!

5) Caltrain: What do you think should be done about the “at-grade crossings” where Caltrain crosses streets? Which of the following best encapsulates your view:

I support Caltrain electricfication, increased scheduling, and finding a way to trench the train. This is vital for retaining quality of life, keeping Palo Alto mobile and ensuring that Caltrain keeps its status as the backbone of public transit.  I want to partner with Stanford University, Caltrain and our own voters to find funding and make this happen.   Value capture should be strongly considered.

6) Bike infrastructure: please select the choices that are closest to your view:

Lightning round (short answers only):

Palo Alto Forward submitted a petition calling upon City Council to strongly support some specific housing initiatives.  It has been signed by over 1000 community members (including 8 former mayors).  Choose the answer that best represents your position (and add brief explanation-- 50 words or fewer--  if needed)

As PTC records shows,I am passionate about micro unites and community living space.