FACT: According to the Hetch Hetchy Regional Water System, Palo Alto is allocated 17 million gallons per day (mgd). We currently only use 10 mgd and are projected to keep using only 10 mgd through 2040, taking into account population growth. With aggressive water-saving policies, Palo Alto has actually cut the amount of water it uses over the last few decades while growing its population and we can continue to expect the same going forward as old underground plumbing and plumbing in buildings is replaced with less leaky plumbing and new grey water recycling systems. Further, 80-85% of California’s water supply is used by agriculture, often without the benefit of basic water-saving technologies and practices. A mere 5% reduction in water usage by the agricultural sector would allow the state to grow its population by one third. Since 53% of the water used by households goes towards watering the lawn, building multi-family housing in areas like Palo Alto instead of single family housing in Gilroy is actually a better way to save water. Additionally, since most of the Bay Area gets its water from Hetch Hetchy, there is no point to pushing housing to neighboring communities: the water supply remains the same. 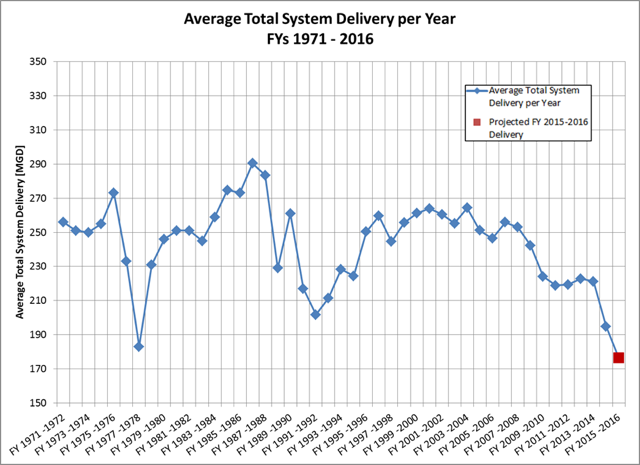 MYTH: Palo Alto can’t permit housing because we 1) are “built out” or 2) don’t have enough parks. 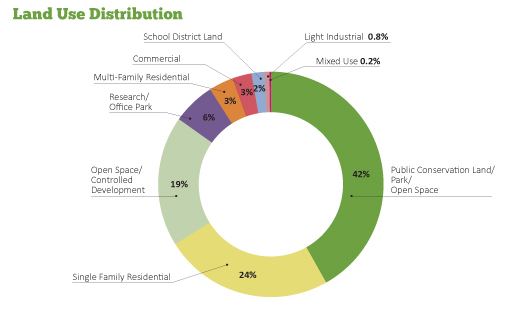 FACT: 61% of Palo Alto is zoned for parks and open spaces. Our open spaces were formally protected in the 1970s with the understanding that future growth and density would occur around the Caltrain corridor. Only 3% of our land is zoned for multi-family housing (24% for single family housing). No building in Palo Alto may exceed 4 stories, and 3 if the building abuts a residential zone. However, most buildings in our downtowns do not exceed even 1 story. Palo Alto has room for lots of housing: on top of retail in our downtowns, on top of the Stanford shopping center, in the Stanford Research Park, the Fry’s site, 27 University, and in the form of in-law units either within the footprint of existing homes or in the form of backyard cottages.

MYTH: 1) Permitting new housing does not help low income people. 2) We should only build government-subsidized housing.

FACT: The vast majority of low income people live in market-rate units because building subsidized units is very expensive and rare; wait-lists for below market rate apartments are often more than five years long. While subsidized units are extremely beneficial to those few who are able to receive them, we have to reduce the cost of market-rate units for the rest of our low income workers. In a region with strong job growth and weak housing growth, newly hired workers who are better paid than existing residents will either move into newly built housing or existing housing stock, thereby bidding up the rents and displacing existing residents. The only way to prevent displacement and temper the rise of rents is to build new housing to soak up the new workers. The nonpartisan Legislative Analyst’s Office found that within the Bay Area, the likelihood of a given low-income census tract seeing significant displacement is around 33% but if that tract is building a high amount of new market-rate housing, those odds drop to 25%. Meanwhile, if it's building a low amount of market-rate housing, the odds of significant displacement of low income families go up to 48%. Likewise, with a steadily increasing supply of housing, newly built housing cannot continue to command top market rates once it ages and has to compete with newer units with more modern amenities; it becomes affordable over time. Market rate projects that are required to include a certain number of below-market rate units are also

MYTH: We cannot permit new housing because of the impacts on our schools.

FACT: Elementary school enrollments have been dropping for the last four years and in the last year alone Palo Alto lost the equivalent of an entire elementary school: 259 students. As Palo Alto becomes more expensive, it becomes out of reach of more young families. Additionally, many types of housing geared towards single workers and downsizing seniors could significantly add to our tax base without adding a significant number of kids to our schools. Although it is a common fear that people will move their entire family into a studio apartment in order to send their kids to PA schools, the data suggests this is not happening because the proportion of people under 18 in Palo Alto has remained fairly stable between 1980 (20%) and 2010 (23%) even though school reputation has significantly improved. We have the same proportion of people under 18 as the county and the region as a whole, suggesting that we do not attract an unusual number of families with kids to our school district.

MYTH: We cannot permit housing because it generates too much parking demand.

FACT: The city has created several residential parking permit districts wherein those without permits get towed. Like other cities, we could condition the creation of new housing on residents of the new housing not receiving any permits. This approach is very successful for housing developments that are near transit nodes and specifically designed and marketed for households who do not want or need cars: people who are interested in that housing precisely because it allows them to keep living a car-free or car-light lifestyle, including seniors, the disabled, students, and young workers.

MYTH: The only effective way to deal with traffic is to stop building new buildings, including housing.

FACT: In the next 15 years Mountain View is looking to grow its population by 44% and Menlo Park by 31%. Palo Alto’s traffic problems will continue to worsen in the foreseeable future even if Palo Alto builds nothing at all. We need new approaches to this problem: incentivizing workers in existing buildings to drive less, building more housing next to jobs to shorten commutes and take commuters off the roads, building more retail and services where people live, increasing CalTrain frequency, trying out on-demand shuttles, encouraging smart-phone enabled carpooling, charging for parking (Stanford has reduced drive alone rates to just 50% by charging for parking), launching motorcoaches for service workers who live in San Jose (similar to the tech shuttles in SF), supporting Dumbarton rail, fast-tracking buses on our roads, expanding our bike network, making biking safer and more pleasant, etc.

MYTH: There is abundant affordable housing outside of Palo Alto and therefore we do not need to build housing.

FACT: The entire Bay Area suffers from a housing shortage, having added 500,000 new jobs since 2010 but only 50,000 housing units. While there is cheaper housing in neighboring cities, that housing is also quickly becoming more expensive as it sees ever greater demand from Palo Alto workers, displacing existing, lower-earning residents. Median home prices in East Palo Alto went up by 27% in just the last year to $790,000: hardly “affordable.” If we care about preserving community and neighborly bonds, then we have to care about preserving them not just for ourselves, but for our neighboring cities, too.

MYTH: We shouldn’t permit more housing because it’ll all be bought by speculators.

FACT: Speculators are attracted to Palo Alto precisely because we don’t build housing in meaningful quantities, ensuring that home prices will keep skyrocketing. Whatever the percentage of homes bought by speculators, many homes continue to be bought by hard-working Americans, too. Restricting supply to thwart speculators mostly just hurts our own community. If Palo Alto wanted to get serious about speculators, we could study vacancy taxes, taxes on foreign purchases, luxury taxes on home purchases of more than $5M, or create a short-term rental ordinance. The current Council has chosen not to pursue any of those options.

FACT: 45% of Palo Alto rents and can and do move when they get new job opportunities. Increasing rental stock would shorten or eliminate many people’s commutes, reducing traffic for everybody else, inside and outside of Palo Alto.  If housing is added near jobs, it’s not necessary for all of the residents to work nearby in order to enable a substantial reduction in commuting. Studies of proposed housing near jobs in cities including Mountain View and Menlo Park consistently forecast significant reduction in vehicle miles  even with assumptions that many of the residents will commute out.

MYTH: Palo Alto has already permitted too much housing.

FACT: 76% of our housing stock was built before 1980. Between 1980 and 2010 our population grew by only 16% while Santa Clara County grew by 38% and state of CA grew by 58%.  Mountain View grew by 26% and Menlo Park by 21%. A city of more than 66,000 people, we produce a meager 176 units of housing per year, on average (numbers 2000-2012). That’s a growth rate of 0.7% per year in our housing stock. Economic analysis of housing markets across the nation suggest that a 2% annual growth rate is appropriate for stabilizing housing prices. (source: Palo Alto Housing Element)

or
Please check your e-mail for a link to activate your account.