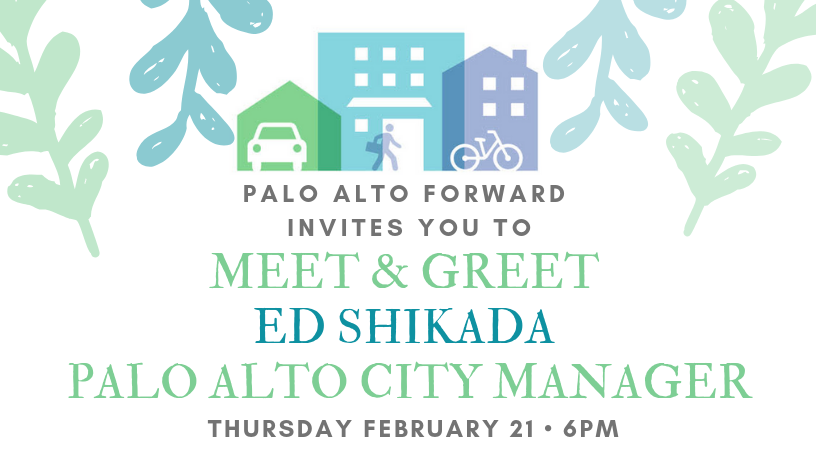 Ever wondered how local policy implementation works? Or wished you could voice your opinions to the folks in charge? Now is your chance.

There will be wine, cheese, and plenty of opportunity for Q&A as Ed offers some remarks on his priorities in the upcoming role. Don't miss this opportunity to hear directly from a major influencer of Palo Alto public policy.

Please RSVP at https://www.paloaltoforward.com/ed_shikada. Location will be announced after RSVP.