Don McDougall is a retired high-tech CEO who has become an involved community member and environmental volunteer. He is a candidate for the Palo Alto City Council. McDougall has a clear vision, a belief in success together and the importance of sustainability as a measure for today and tomorrow.

He currently is vice-chair of the Palo Alto Library Commission, a member of the Citizens’ Advisory Committee for the Comprehensive Plan, an active volunteer and docent for the Environmental Volunteers. Don is focused on what makes Palo Alto a unique and positive community.  It's the people and the place. The character of the people, their widely varied interests, their diversity, energy and spirit brings life to the community.  The trees, parks, open spaces, libraries, retail and restaurants give us the unique place to live.

McDougall wants to keep Palo Alto a livable, sustainable, engagingcommunity and he knows the challenges the city faces to maintain and improve the style and quality of life in Palo Alto. He knows housing costs and shortages, traffic congestion, and parking storages have cost, density, location, aesthetic, and diversity considerations. 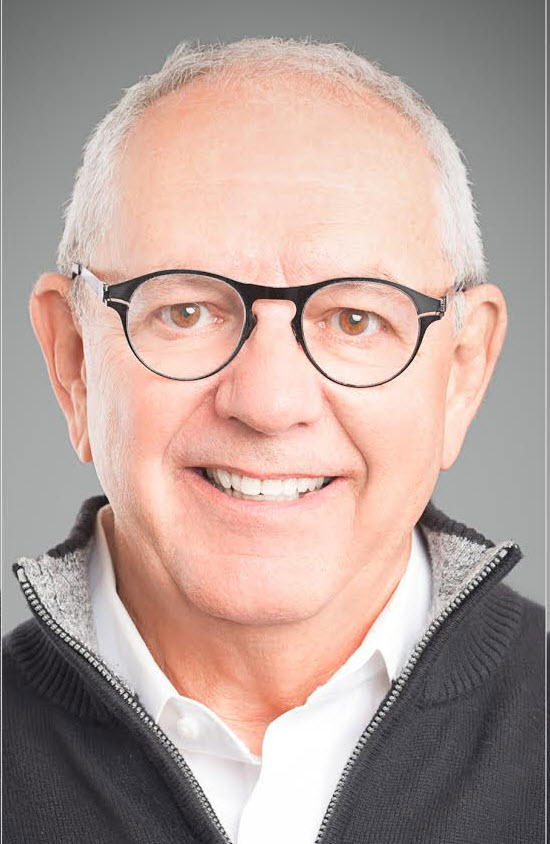 1)    Our identity: What kind of city should Palo Alto be in coming decades?

There are several keys for this model to be effective:

(1)  Collaboration with neighboring communities on housing, jobs, services such as water.

(3) Effective alternate transport modes.  More walkability and bikability (two separate things) including creation of a well planned Bike Network in Palo Alto and within the region (again collaboration). And the Free Shuttle replace with a Free Mobility Network that includes some or all of; fixed route driverless minibuses, flexible route and time buses, point-to-point options, and late night guaranteed ride home.

(4) Positive and deliberate attitudes toward a sustainable culture within the city.

2)    Jobs: Housing imbalance: Palo Alto has the highest jobs: housing imbalance in the country.  There have been different reactions and policy proposals from public officials and the public.

The J/H imbalance is a problem and housing should be the first priority but I’m not sure what incentives work as opposed to changes in zoning and ordinances.

Zoning should allow for better for mixed use and density alternatives

(2) Zoning should anticipate further development of the sharing generation with respect to different types of cars share.

(3) Job growth should and will slow. The costs or living in Silicon Valley will and is already driving organizations to establish operations in Las Vegas, Phoenix, Portland.

3)     How to handle growth: On May 30, 2015, Palo Alto held its “Our Palo Alto summit” to solicit input into our comprehensive plan.  Attendees were asked to respond to the following question:

b)    metering the pace of growth; or

For me the terms “metering” or “offset adverse effects” are hard to work with.  I think a combination is what needs to be discussed. Within the Comp Plan committee I have been proposing what I will call “Development Requirements” that a builder must meet without negotiation and then a set of “bonus items”.  For the community there would be a set of “Quality Measures” that allows the city to measure the “adverse effects”.  Initially a overall cap would give confidence of avoiding run away growth but as the requirements and measures proved effective they would become the standard by which growth was managed, not an overall or even area cap.

1)     Housing Element: The City submitted a housing element identifying 2,000 housing units for the next seven years in response to state law.

I would support a Housing Element similar to the current element which is still being debated within the context of the Comp Plan recognizing that the goal of 2000 is ambitious and is probably best achieved if we work in collaboration with surrounding communities.

○       What can we do to ensure that these units actually get constructed?

There are several things we can do to assure they get built:

(2)  Consider the full range of housing possibilities such as the above plus cluster housing, ADU units, (and homeless housing by the way)

TMA’s are critical and should get more support:

(1) Palo Alto needs more than one TMA so serve the several regions of the city.

(3)  Parking fees MIGHT be the best funding as developer fees get passed on and employer taxes probably penalize the wrong players.

5) Caltrain: What do you think should be done about the “at-grade crossings” where Caltrain crosses streets? Which of the following best encapsulates your view:

We should evaluate all practical design options, considering a variety of issues including appearance, maintaining street connections, avoiding taking property, and cost.

There are several steps in the Caltrain/High Speed Rail saga:

(1)  Improvements need to be made at all Caltrain crossings within Palo Alto. Consideration should be given to removing the “boxes” that are at intersections and light timing should allow traffic flow to continue along Alma.

(2)  Caltrain electrification needs to be pursued and completed without further interference and delay.

(3)  Caltrain trenching has been explored and is a popular notion but need to be further vetted in terms of cost and within the context of high speed rail.  It will be incredibly expensive to trench and although I am generally supportive of the idea I’d like to see more before it is shovel ready.

6) Bike infrastructure: please select the choices that are closest to your view:

It’s not just about slowing car traffic, it’s about:

(2)  Defining a NETWORK of bike paths, not just bike routes.

■  Even at the risk of reducing some RPP parking spaces because more biking will require less cars and less parking.

Lightning round (short answers only):

Palo Alto Forward submitted a petition calling upon City Council to strongly support some specific housing initiatives.  It has been signed by over 1000 community members (including 8 former mayors).  Choose the answer that best represents your position (and add brief explanation-- 50 words or fewer--  if needed).

■  No “brief” or long explanation is needed.  All these topics have been discussed above and are being discussed within the Land Use Element of the Comp Plan. Not all will immediately be adopted but all must be considered.