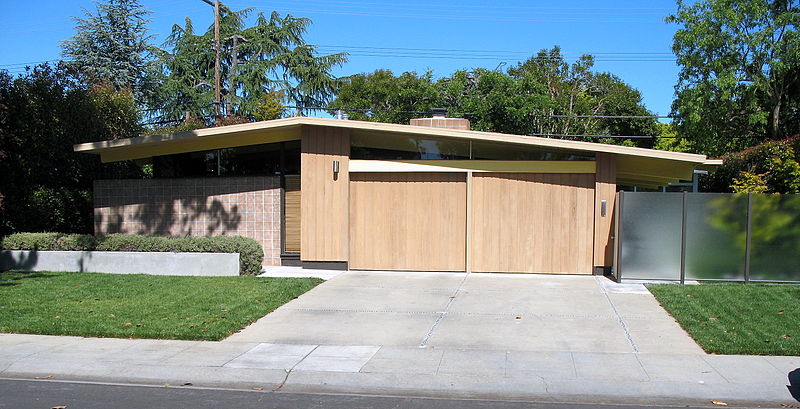 A ghost home owned by a foreign buyer? Attrib: sanfranman59 on Wikipedia.

Foreign investment seems to be on everyone’s mind these days with stories about unoccupied “ghost” homes making the headlines. Many people are saying that foreign investment is the cause of Palo Alto’s sky-high housing prices.  Others say that the foreign investment trend is a reason for Palo Alto to not build more housing.  But how much do foreign buyers increase home prices, and what can Palo Alto do about it?

Although we do not currently have comprehensive data about foreign home buyers, accounts by big name realtors indicate that about 20% of homes purchased in Palo Alto are purchased by Chinese buyers and that half of those homes are occupied by the owners. Some portion of the other half of the homes is rented out. Note that these numbers indicate how many housing units are occupied by foreigners but they do not indicate how much foreigners affect housing prices. Certainly the effect is likely non-zero since Palo Alto’s prices have increased by 100% over the last 4 years while Menlo Park’s have increased by 77% even though these two communities are quite similar and close to each other.

However, East Palo Alto’s prices have increased even more quickly than Palo Alto’s and it’s safe to say that foreign investors are not shopping in East Palo Alto or other areas of the Peninsula. All parts of the Peninsula are getting significantly more expensive, even if they do not attract foreign buyers. What these numbers indicate is that skyrocketing housing prices are mostly the result of a severe housing shortage and that we would continue to see prices climb even without foreigners in our housing market.

Do Foreign Buyers Take Homes Away From U.S. Citizens?

Obviously foreign buyers do own and occupy some of our housing supply - 10% per DeLeon. But they also buy and rent 0-10% of the housing supply. Likely that number is closer to 10% than to 0% in Palo Alto because investors have no reason to leave money on the table by not renting out empty units and because Palo Alto is a much less risky place to be a landlord than places like San Francisco which have rent control or rent stabilization policies. On the one hand, units rented back out to Americans don’t actually take housing supply away from U.S. citizens - in fact in a city where only 45% of the housing stock is available for rent, the additional rental supply is welcome. But on the other hand, as Kim-Mai Cutler points out, whether rented or not, foreign ownership prices people who want to be homeowners and want to make long-term commitments to a community out of homeownership and into the renter category. That also removes their ability to accumulate wealth and equity over the long-term, and doesn’t eliminate the long-term insecurity that they may lose their residence at some point in the future. Overall, foreign ownership is problematic for U.S. citizens, but wealthy people owning second or third homes is not anything new in America. The same problems are posed by New Yorkers buying vacation homes here, too.

Should Palo Alto Stop Building Housing Because of Foreign Buyers?

Recently purchased homes in Palo Alto are still being occupied by U.S. citizen owners or renters 80-90% of the time. As we are already in a housing shortage crisis, it is illogical to cease building housing for everyone just because a minority of that housing is occupied or left empty by foreigners. In fact, the fact that Palo Alto has been very reticent to add housing to our market is part of the reason why foreigners love to buy homes here in the first place: they can rest assured that the housing shortage will become more dire and that their property values will continue to rise.

The phenomenon of foreign investment is not unique to Palo Alto. Every attractive city in the Western world from London to Sydney to Milan is experiencing the same thing. Yet it is neither functional nor sustainable for every such city in the world to refuse to build housing for its own growing populations because a small portion of that might be purchased by foreigners. Surely we can’t be saying that keeping mansions away from the Chinese has a higher imperative that keeping Americans from becoming homeless.

So What Can We Do?

For one thing, Palo Alto can focus on building the sort of housing that foreign investors aren’t interested in. For-rent apartment buildings should be at that top of that list followed by housing dedicated to seniors, studio and one bedroom condos, micro-units, tiny houses and townhomes. Foreign buyers are also generally not interested in co-ops since they require the neighbors’ approval for purchase.

To the extent that foreign ownership negatively impacts U.S. citizens, there are other ways to deal with those impacts. One way to address the issue would be to create home-buying taxes for foreign nationals - Hong Kong just issued a 15% tax on foreign buyers. This would both deter purchases and create funds for affordable housing, rental assistance, or down payment assistance. Alternatively, California could create a “Mansion Tax” similar to New York’s that only applies to purchases over a certain threshold ($1M in NYC) which would target the sorts of purchases foreigners are making and again create funds for affordable housing. The US could reform its processes for issuing visas. In Australia, it’s already illegal for a foreigner to buy a home unless that home added to the housing stock- i.e. was new housing. On top of that, Australia has a Foreign Investment Review Board which only approves buyers from overseas if they actually intend to live in the home full-time and actively forces sell-backs from buyers who break the law. The UK is now looking to replicate Australia’s policies and the US could do the same.

Our housing shortage is dire. Our community is hemorrhaging long time residents, young families, service workers and many more wonderful neighbors every day. Foreign buyers do increase the price of homes in Palo Alto, making it harder for residents to afford homes here. However, the Bay Area housing shortage and the high prices that result go far beyond the effects of foreign buyers in Palo Alto. Fortunately, both problems can be addressed with the same approach: increasing the supply of smaller homes that appeal to residents rather than investors.